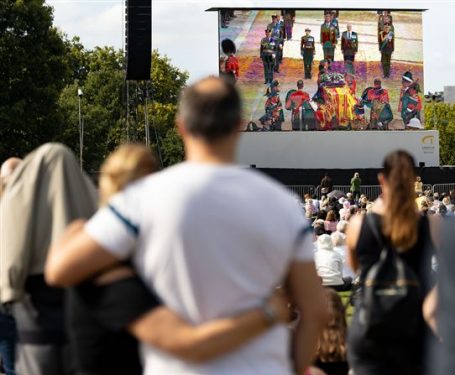 It’s no secret that UK linear ratings are still in decline. With an explosion of new viewing options in the past decade, from streamers and other OTT digital platforms, it’s become increasingly difficult to get the nation to sit down and watch the same entertainment or drama at the same time. Between a dizzying amount of choice and on-demand availability, the days when The X Factor final could draw 17m viewers feel very distant. The 30m who tuned in to BBC soap Eastenders on Christmas Day 1986 just to see one character serve another with divorce papers now seems utterly fantastic.

However, recent events have shown that mass communal viewing on terrestrial channels is still possible, even desirable, albeit under extraordinary circumstances.

The death of Queen Elizabeth II and subsequent coverage inevitably dominated the ratings in the UK this month. 16m people tuned in to watch the official announcement at 6.31pm on 8 September, as veteran presenter Huw Edwards delivered the somber news.  As the nation watched Operation London Bridge – the codename for the well-rehearsed plan for the death of Her Majesty – unfold in real time, it was a historic “where were you when it happened?” moment, comparable to the Moon landing or the assassination of JFK.

Coverage of the Queen’s state funeral on 19 September peaked with a whopping 27m viewers – at least 95% of those watching television at the time. The high at 12.30pm, as the procession made its way to Westminster Abbey, saw 18m (64%) tune into BBC1. ITV drew 4.5m (16%), BBC2 1.7m (7%), BBC News (880k) and Sky News 700k). Many commentators after the event were drawn to compare the funeral with that of Diana, Princess of Wales, in 1997. That drew 32m viewers and created a similar sense of national shock and mourning.

While some rather ghoulishly ran with the angle that Diana somehow “outperformed” her former mother-in-law in the ratings, once you consider the atomisation of viewing in the years since, a difference of just five million viewers quickly becomes meaningless.

What is notable is that live streams of the Queen’s funeral were freely available online on YouTube, Facebook and other digital services, but it’s clear that traditional broadcasters, especially state broadcaster BBC One, still retain a sense of prestige for events like these. It was where the vast majority of British people instinctively came for information, for understanding, for a sense of unity. The last official state funeral in the UK was for former Prime Minister Winston Churchill in 1965, so this was the first time many viewers had the chance to watch such a monumental occasion outside of grainy archive footage.

The other advantage for live viewing is the ability to share reactions with others, a fundamental human need. Twitter was alight with memes – witness the reaction to ‘Tall Man’, aka the Queen’s 7ft 2 assistant private secretary Matthew Magee – and commentary. The nation held its collective breath as the Bearing Party carried the Queen’s coffin up the seemingly never-ending steps up to Windsor Castle.

What’s most interesting when looking at the most watched broadcasts in the UK is the shift in viewing habits over the decade. The 80s and 90s were the golden era for appointment drama viewing; long-running soap storylines, including the aforementioned Eastenders Christmas special, would regularly pull in tens of millions.  In 1996, a Christmas episode of Only Fools and Horses drew 24.35m, a record for a British sitcom that is unlikely to be beaten.

The Queen’s Platinum Jubilee, although spread across multiple events, also drew audiences – albeit down on previous Royal occasions. Even so, 13m watched the live concert celebration, putting it way ahead of most other programming. 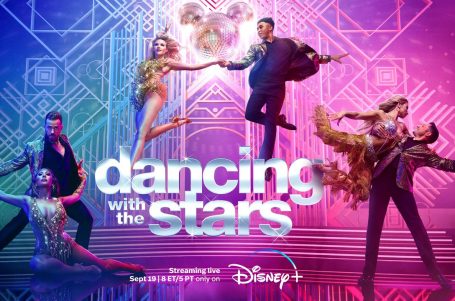 Can such audiences be sustained outside of major events, whether celebratory or tragic? This kind of one-off appointment viewing is still the edge that traditional broadcasters hold over their deep-pocketed streaming rivals, which have yet to seriously experiment with event television outside of sports. Dancing With the Stars’ successful move to Disney+ in the States could mark a shift in strategy on that front.

UK broadcasters don’t necessarily have to wait for national emergencies or sporting success to capitalise on this. At the Edinburgh TV Festival in August, ITV commissioner Joe Mace described big entertainment propositions as “essentially matching the drama and jeopardy of an FA Cup Final with the magic of a West End show” and said that ITV was seeking “to create shows which demand appointment viewing, have talk-ability, things people need to watch to be able to talk about at school the next day”.  That, of course, has been the mantra of shiny floor formats for years. But now we have irrevocable proof of what sort of public interest drives audiences to 10m and higher. Existing live entertainment formats may no longer demand half the nation’s attention, but there’s a clear indication here that there is still an appetite for things that bring everyone together. Finding a way to reliably reproduce that feeling without external events may be what saves terrestrial television.