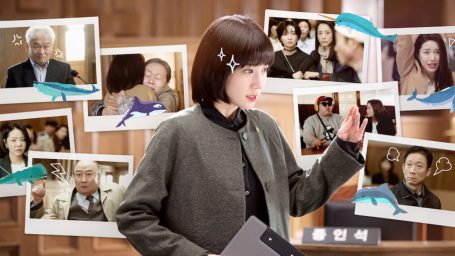 Earlier this month at BCWW in Seoul, IP was one of the buzziest words and the central topic of the opening session “Prowess and Future of K-Content”. It wasn’t the first time the importance of retaining Korean IPs was taken to the table. The Squid Game success has sparked debate over IP rights and whether it’s good for local productions to place content rights into the hands of global streamers like Netflix. AStory – the maker of the most recent Korean hit Extraordinary Attorney Woo (pictured) gave us their answer.  At BCWW, the company revealed that they had turned down Netflix’s offer of making Attorney Woo another original on the global streamer. Instead, they released the series on the smaller domestic channel ENA, whilst still securing a broadcasting deal with Netflix. Sang-baek Lee, AStory’s CEO said, “For a small production company like our company, IP ownership is a matter of life and death”.

In another session, Joon-suh Park from SLL again addressed the importance of IP when talking about entering partnerships with foreign partners: “Who has the IP ownership is the most important factor. Everything is determined based on IP ownership. When working with the US, having IP ownership is equal to a strong power.”

Coming back to the case of AStory, they made the right move with Extraordinary Attorney Woo as it went on to become a huge success. The company retained the whole IP, which has allowed them to develop the series into a webtoon, musical adaptation and has brought them multiple remake proposals from countries including the US and Japan, as reported in the media. From the producer of Netflix’s first Korean original Kingdom to a resister who is unwilling to pass its IP to the streaming giant, AStory has set an example for local producers who seek ways to reduce the dependence on global streamers. The question is whether this will become the norm for local players in the near future?

Korean drama has been a dominating power in East and Southeast Asia for years. Yet it’s hard to deny the role of Netflix in bridging it with a wider international audience. In many Asian countries, Netflix is just one option for local viewers to access Korean series alongside local streamers and linear channels. Whereas, in many territories where Korean drama hasn’t yet reached the mainstream, Netflix is the main route. However as the popularity of Korean drama has increased, the financial investment that Netflix offers has become less attractive when compared to the trade-off of the potential extra earnings that local creators could get if their production turns out to be a hit. In the same session concerning the future of K-content, one of the panelists expressed his sympathy for Squid Game, posing the questions “what if Netflix didn’t want to produce the second season?” and “what if the streamer decided to work with a different producer and cast?”.  These are valid points and it won’t be a surprise if other Korean production companies follow in AStory’s footsteps. 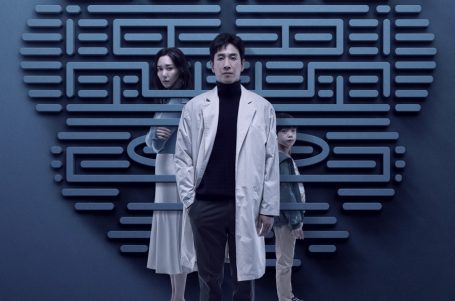 But there is more to the story. Despite having subscribers decrease in Q2 2022 (a decrease of 970,000 compared to Q1), Netflix has 220.67M subscribers all over the world. Thus its power to boost the exposure of a specific series still remains. In the meantime, Korean success has inspired and given hope to many of the country’s neighbours who share the same ambition to push their dramas abroad. These countries are more than willing to squeeze into any gaps left by the Koreans. And Netflix, who were able to bring out Squid Game, might be able to give the same chance to another Asian non-Korean series. When viewers are more open to watching a Korean series with subtitles, they are also more willing to try a drama from another Asian country with huge endorsement. More than that, the rise of Korean drama over time sooner or later will lead to an increase in production costs. All things considered, it might be just a matter of time until Netflix finds a new alternative where it could spend less to produce an original series.

With the increasing demand for Korean series, Korea is definitely in a better position at the negotiating table and could possibly even change the game in the future. However, as mentioned above, Netflix still hangs on to its power. One scenario is that both sides will reach an equilibrium point. Or a more bold prediction – for one to maximise profit from their own creations but not lose the global exposure, it’s time to grow their own global streamer, a streamer that would never favour a foreign force over domestic interests.

In March 2022, Disney+ announced 12 original Korean productions. Apple TV+ also started its first Korean original Dr. Brain (pictured), in 2021. Netflix isn’t the only international player from the West whose eyes are set on Korean originals. It’s interesting to see how the relationships between local production companies and these global streamers will evolve.