Since 2020, audiences have endured a still-ongoing pandemic, rising living costs, violent conflict and geopolitical saber-rattling. People traditionally turn to their screens for reassurance and distraction, and the importance of television has arguably never been higher. 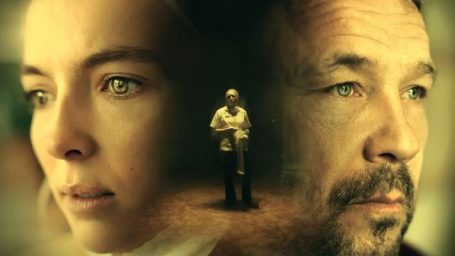 This year’s 75th BAFTA Awards, held on 8 May, certainly reflected this, recognising shows that placed social issues into the spotlight. From the social realism of COVID care home drama Help (pictured) to the unflinching prison drama Time, it is clear that after these past three years, a real shift in how we value TV has emerged. Both audience and industry attention has clearly moved from cosy, escapist drama onto uncomfortable social realist television that doesn’t flinch at current sociopolitical topics.

As Jodie Comer astutely put it when accepting her Best Actress award for Help, the purpose of TV is to “realise [and make audiences realise] the power we have in the stories we tell and that we choose to tell, and [the importance of] not shying away from difficult subject matters”. Help, Channel 4’s TV film drama, is set in a fictional care home in Liverpool, however the story it tells is far from fiction. Tackling universal experiences of COVID-19 through the lens of Comer’s frontline worker makes this drama a hard, but necessary, watch for audiences who have been impacted in various ways by the pandemic. Comer stressed that “the biggest reward [of the show] is that [the carers] felt truly represented with the telling of this story.”

Time, meanwhile, raked in awards for both Best Mini-Series and Best Actor (Sean Bean). BBC Studios’ drama shines the spotlight on social issues elsewhere – a British men’s prison, where survival is key and redemption often lost in the process. Before summer 2021, this drama likely wouldn’t have seen such enthusiastic audience reception with the close-to-the-bone nature of 23-hour-long isolation periods these prisoners faced due to COVID rules. Now that audiences are in a more comfortable position, we are able to reflect upon the discomfiting conditions of isolation and question how there can possibly be room for progress and rehabilitation in such an unhealthy, survival-driven environment. 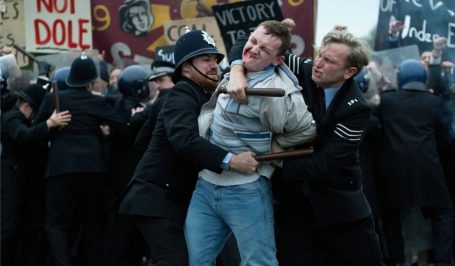 More recently, ITV drama Sherwood (pictured) used the still-simmering resentments caused by the 1980s miner’s strike as the backdrop for a detective story, drawing a not-too-subtle line from the political and class divisions of the past to those British society is enduring today.

However, none of this is new. At times of social and cultural upheaval, British television drama has always reflected and explored the issues of the day, allowing audiences to consider the big issues through the more digestible format of scripted drama or comedy, rather than the bewildering deluge of partisan headlines. The gold standard for this sort of programming is the 1966 television play Cathy Come Home, which shocked and engrossed the nation with its unflinching depiction of poverty and homelessness at a time when most TV dramas didn’t ruffle the status quo. Television was where most viewers will have seen their first black families, gay couples and other minority groups over the years.

With a renewed focus on representation, this use of TV to better reflect the country is once again to the fore, and rightly so. As Big Zuu, with his double BAFTA-award-winning Big Zuu’s Big Eats, stated: “we did this for working-class people”. Some audiences and critics scorn the unbearable “droning on about niche social justice issues” (Camilla Long, The Sunday Times) within TV and award shows. But at a time when Far Right sentiments are on the increase, it is more important than ever for TV and its awarding bodies to shine a light on lesser-heard, marginalised voices and inspire communities to collaborate. Representation, no matter how discomfiting it may be for the mainstream, is a clear catalyst for social change.

When it comes to this, The Finger Awards is the main stage to look toward, honouring those who have produced influential comedic, creative work over the past year. K7 Media was proud to sponsor this celebration of positive change last year, with awards going to Analog Folk for championing transparency and fun in sexual health education – leading to the de-censorship of the word ‘vagina’ on TikTok – and Titrifikir’s Big Change campaign for disability awareness in TV and news. 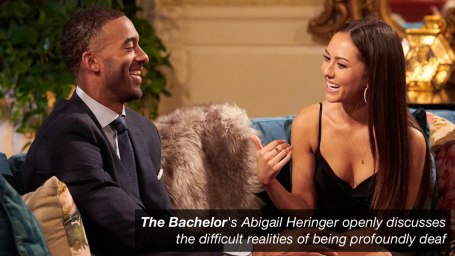 Platforms for deaf or hard-of-hearing people are slowly expanding, with reality TV opening up more accessible spaces lately (think Love Island, The Bachelor, Deaf U, or Strictly Come Dancing) – a space that lay primarily within films or scripted formats, such as Oscar-winning Coda or Amazon Prime’s Undone, until now.

If anything can be said to be the key quality of the human race, it is our ability to adapt. This applies to TV, where accessibility for deaf or neurodivergent audiences is now becoming a universal tool for hearing and neurotypical people. Subtitles are a key example of this. An Ofcom study revealed that around 80% of audiences now use closed-captioning when watching shows. What used to be seen as an unfamiliar annoyance on the screen has slowly found its way to the majority audience who have become used to this tool and now rely on it for an easier listening experience, as well as for improved comprehension and memory purposes. Initial discomfort turned to normalisation over time, with empathy and perspective generated as by-products.

Some critics and audiences slate this “vapid circus” of so-called wokeness as damaging to shows branded as “too middle-class and too white” (Long), but when it comes to championing social justice issues, acting talent comes second to creating a platform for audiences to relate to or learn from. Yes, in the case of the BAFTAs, this means there may be some surprise snubs for talent like Showtrial’s Céline Buckens or the lauded Mare of Easttown, in favour of shows that include social topics. But not only is the aforementioned attitude small-minded, it’s also unfounded. Look at Channel 4’s It’s A Sin, for instance, a show with stellar acting talent as well as diverse representation of the once (and arguably still) taboo topic of AIDS and its impact on gay communities, yet none of its many BAFTA nominations resulted in an award. Even so, through its very existence, it provided a voice for those lost in the tide of prejudice and ignorance in the 1980s, as well as championing the destigmatisation of HIV today. If we perceive award snubs through such a ‘left vs. right, woke vs. traditional’ lens then we fail to understand the true value of TV as a social leveller.

Looking ahead, with the ongoing Ukraine crisis, ever-rising living costs and the devastating overturning of Roe v. Wade in the US, audiences will surely benefit from more formats and awarding bodies that celebrate diversity and advocate social change. In 2022, the desire for distraction still remains, but attention has shifted from lockdown-era escapism to discomfiting realism that isn’t afraid to invade the living room.