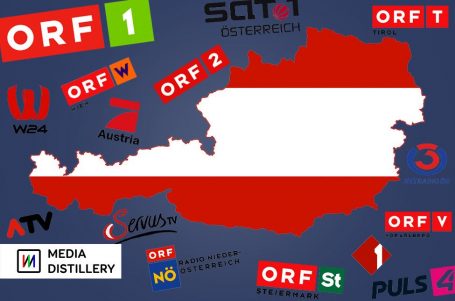 With streaming now the norm, and the first choice of many viewers, terrestrial linear broadcasters are left battling over a diminishing slice of audience share. Some potentially useful survival techniques can perhaps be found not by prognosticating the future, but by looking at the historical challenges overcome by channels serving countries with media powerhouses next door.

Linear TV in Austria, for example, was long overshadowed – both culturally and literally – by broadcast signals from neighbouring Germany. Prior to the 2000s, terrestrial commercial TV was banned in Austria, though satellite and cable-provided German channels were legally available. The monopolising ORF (Öesterreichischer Rundfunk) channel dominated the Austrian airwaves, with license fees and ad revenues keeping the channel well-funded. At this time, terrestrial overspill from neighbouring Germany came from antenna trees on the northwestern Austrian border, and high cable penetration in the east, near Vienna.

By the late 90s, German overspill had wound its way into Austrian TV broadcasting via a hybridisation of German content interspersed with Austrian adverts. Through this simulcast of German channels, such as RTL, the ORF lost some of its market share, ad revenues and thus its sociopolitical influence. As Bernhard Hendling (formerly of ProSiebenSat.1 PULS 4) states, there was a “drain of ad revenues from ORF to the large German groups” * (namely ProSiebenSat.1 and RTL Group), leading both the social democrats and conservatives to claim commercial TV wasn’t financially sustainable. In other words, it was now a less effective means of influence and control. RTL formed a sales branch, named IP Austria, that convinced cable operators and satellite viewers to switch to Austrian simulcast channels. This lobbying for control of the airwaves led to ORF’s steep decline in market shares throughout the 1990s.

ORF came under new management during this phase and responded with a proposal for commercialising ORF 1 and 2, moving it further away from a pubcaster by promoting a clear identity and brand through mimicry of commercial channel content such as Survivor and The Bachelor. This helped reduce the shrinkage in market share, but this newfound stability could only last so long. 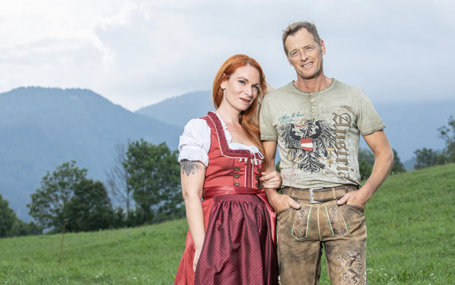 In 2003, the first national terrestrial commercial TV licence was granted to private newcomer ATV, which broadcast alongside ORF 1 and 2. All three were also available on satellite and made compulsory channels on cable TV. Though ATV was never profitable, it found success in commercial-style branding – Farmer Wants a Wife (pictured) is still channel-defining to this day – and it sold to ProSiebenSat.1 PULS 4 in 2017. In 2008, PULS 4 launched as the second national commercial TV channel (independently due to it not being covered by the TV regulation for the other three channels). Through strong promotion along the Austrian arm of ProSiebenSat.1, utilising existing sales and marketing resources, it established itself as a de-facto-duopoly (not forgetting Servus TV, part of the Red Bull group) alongside ORF by 2017 as it acquired ATV. In June 2022, ORF’s two main channels achieved an average market share of 20.8%. ProSiebenSat.1’s channels – including PULS 4 and ATV – reached 27.4%, Servus TV 3.5%, and the RTL Group’s channels 14.8% (viewers 12-49).

So, bearing this brief history of the jostling for position within Austria’s domestic TV market, how did Austrian broadcasters resist being washed away by Germany’s overspill? One key disadvantage was state oversight. The ORF still imposed strict bureaucratic measures upon broadcasting, due to sociopolitical structures, making it difficult for digital channels to compete with the German simulcasts that offered bigger budgets and higher-quality content to Austrian audiences. Germany also benefitted from Austria’s ad expenditure (totalling €1.2b per year) as well as the security in commissioning German versions of formats that performed well in the more challenging and crowded Austrian market, such as Fact or Fake.

However, Austrian TV had a key advantage over Germany: an understanding of domestic culture and humour. German comedy programmes underperformed in the Austrian territory, allowing Austrian channels to counterattack with comedy formats of their own, tailored to Austrian audiences, as with joke competition How Funny on PULS 4. Other channels such as Servus TV and ATV built upon the traditions of Austrian culture and language, broadcasting factual entertainment featuring outrageous characters whose bewildering dialects and characteristics confused Germans but were hilarious and relatable to Austrians.

Sports was also pivotal, with Austria’s geography favouring winter sports that German networks barely covered. Servus TV, in particular, capitalised on this via investments and buying of specialist sports rights. By understanding the nuances of their audience and producing content that matched their values, Austrian channels were able to hold the line against the better funded German expansion. 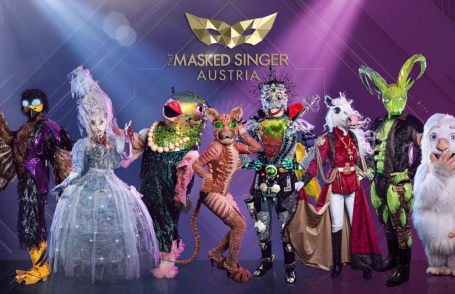 Austrian channels also produced local versions of successful and established formats such as Ninja Warrior and The Masked Singer. As production in Austria was marginally cheaper – The Masked Singer Austria was produced at a lower budget than its German counterpart – this meant Austrian produced versions of hit formats (though not all) were able to perform strongly against German versions, delivering bigger profits for safer brand formats. However, this had a negative impact on audience approval, with some disliking the cheaper ‘sell-out’ copies, leading full circle to the value of staying true to your audience’s culture when it comes to TV. This is partially reflected in the case of The Masked Singer Austria, which, despite a strong start, may not be looking at a third season.

Even though ORF still dominates Austrian airwaves, the lessons learned from the David and Goliath struggle with German broadcasters over the last quarter century have left the country with a more robust and agile domestic industry, producing local content specific to its viewers as well as affordable versions of proven international hits.

Just this month, the Austrian government announced a new incentive to encourage international co-productions and overseas investment in the Austrian TV and film industry, offering a refund of up to 35% of all locally incurred production costs, with no annual cap. This will come into effect in 2023 and will run for five years before being reassessed. We’re already seeing interest from CEE broadcasters in moving into Austria due to its geographical position, strengthened industry infrastructure and low production overheads. This will be good for the market in terms of distribution deals and expansions.

Austria will still have to be careful to not overcrowd its limited market. However, having carved out a small but lucrative space for its own television industry to thrive, perhaps similarly overshadowed territories could learn from Austria’s approach.