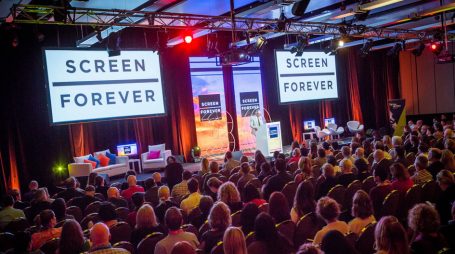 Screen Forever has always been a key event in the diary but it is becoming increasingly important, both in Australia and globally. There was certainly a sense of anticipation this year more than ever after COVID’s disruption. 2021’s event was fully virtual but this year we were finally returning to an in-person Screen Forever, albeit one that included an online component for those of us that couldn’t make it. Unfortunately, the usually sunny Brisbane QLD was very wet, which did make it a bit more difficult for participants to get around!

Screen Forever is beginning to attract a broader range of industry figures – such as Banijay Rights’ CEO Cathy Payne and Netflix’s VP of Content (Korea, SEA, ANZ) Minyoung Kim – and was really well attended by the Australian broadcasters, distributors and production companies. The fact that the event now has an online component has really given it an international focus and flavour.

There are a number of serious issues facing the Australian industry at the moment, which include bouncing back after COVID; the lack of clarity regarding quotas on the streamers; and the dwindling commissioners of children’s TV. Despite this, the overwhelming feeling was that production is booming and that content in all its forms remains king.

My big takeaway is that streamers are really establishing themselves as the new kids in town. These platforms feel refreshed in their approaches and take their roles as Australian buyers seriously; they care about the local industry and want to be relevant. As such, the streamers are beginning to focus on telling a range of original and authentic Australian stories, unhindered by the old restraints of working to a demographic that delivers an audience for a brand.

Netflix’s Director of Content Que Minh Luu – who was previously Executive Producer of Drama, Comedy and Indigenous at ABC – described her local team as “a few very passionate nerds trying to build the market for the first time”, and stated that they didn’t want to disrupt the local ecosystem. “If anything happened to the ABC I would never forgive myself…if we want to come into the marketplace thoughtfully we must be a rising tide and not an earthquake.” 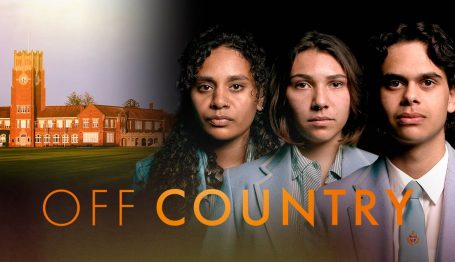 We all know that diversity and inclusion are a crucial part of the production process and TV’s output in today’s Australia, and this was reflected at Screen Forever. This year’s event did a great job at looking inwards at our own country, our Indigenous people, and what that means in terms of storytelling in 2022.

The most significant trend in this area is that the focus needs to be on youth and reflecting their voices, experiences and stories. Fitting right into that is a series that stood out to me at the market titled Off Country, which will launch on NITV soon. It follows the lives of Indigenous children at the elite school of Geelong Grammar, offering viewers a look at the experience of living away from home as a First Nations student. That is but one example of the many exciting shows we’re seeing come from Australia as the industry continues to evolve.

K7 subscribers can stay up-to-date with developments in the territory through our weekly Australasian Report.

Hannah joined K7 in June 2020 from Australian channel group Foxtel, where she was the Group General Manager for Foxtel's linear, SVOD, BVOD and digital platforms.

With over 20 years’ industry experience, Barnes has enjoyed an extensive career working across the UK, US, and Australian media markets, including time spent working for Sky and Channel 5 in London.

Based in Melbourne, Hannah is fundamental to K7's offering across the Australasia region.