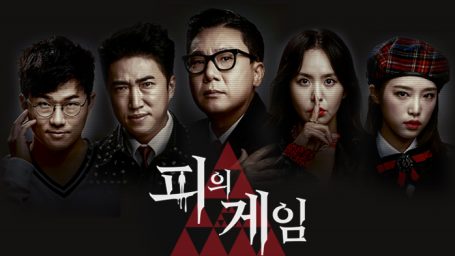 The format market is no stranger to inspiration. A hit new show inspires competitors to iterate on popular ideas, leading to new variations. What is less common is for those inspirations to take place across the scripted-unscripted divide, which makes MBC and Wavve’s survival show Bloody Game all the more notable.

Bloody Game is a passion project for producer Jeongwan Hyun (Infinite Challenge, Buddy into the Wild), as K7 Media’s APAC manager Michelle Lin discovered when she interviewed him at MIPTV 2022: “This show is a [challenge] to myself – I want to create something that has not been done before, something fresh and fun to watch.” Korean audiences had not embraced the competitive survival genre as enthusiastically as other territories, with shiny floor talent shows such as The Masked Singer (also from MBC) dominating ratings.

Hyun’s Bloody Game was pitched to MBC before the birth of Netflix’s global hit Squid Game, however both shows went under production around the same time. By coincidence, Bloody Game looks like the real-life version of the Squid Game concept – without its dystopian worldview and horrible death, of course! And it is fair to say that Squid Game’s global sensation helped MBC/Wavve promote the show domestically and internationally.

However, Hyun’s pitch did take inspiration from the Korean pop culture smash – Bong Joon Ho’s Oscar-winning Parasite. In one of many ingenious format points, just as the ousted wealthy family of that movie are exiled to the cellar of their mansion, so too are Bloody Game contestants sent to the spartan basement of their shared house when voted off, where they scheme and plot and set the rules for the winners upstairs.

This layer of social commentary, largely absent from reality TV for many years, was one of the reasons Hyun was so excited to bring to the screen. The result is a show that uses the intrigue, rivalries and conflict of classic reality formats to raise questions beyond “who will win?”.

Not only did Bloody Game represent a rare example of a reality competition taking inspiration from the hit film, it also innovated in how it was launched and sold. MBC used its involvement in Korea’s largest domestic streamer Wavve to give the series an online-first debut, crucial to capturing the devoted younger demographics and trending on social media.

MBC also struck a distribution deal with Banijay ahead of MIPTV, with Carlotta Rossi Spencer, Banijay’s head of format acquisitions, explaining that the show “brings the much-admired creativity of recent Korean dramas to the unscripted world. It is a bold show [that] explores important themes.” Banijay will be representing the show in nine European countries: France, Germany, Italy, Denmark, Finland, Sweden, Norway, Belgium, and the Netherlands.

And what of Bloody Game’s future prospects? A second season is being considered at MBC, though this is one show where evolution is essential from season to season. Now that viewers know about the secret basement exiles, new twists and turns will be needed. Rather than seeing this as a limitation, it seems Hyun and his team will relish the chance to surprise audiences – and contestants – with fresh ideas.