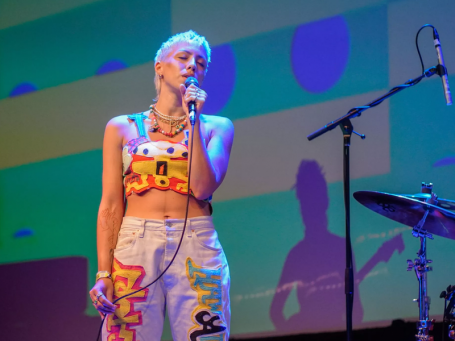 Two years of Zoom calls and virtual events have certainly made us appreciate the value of live gatherings.  Despite the best efforts of organisers, it is hard to recall a stand-out virtual conference that compared to the exhilaration of real-life serendipity and shared experiences.

During the pandemic, we have all reassessed the true value of getting together and it seems we are becoming more focused and selective in what we attend and why. Outside of the big annual markets, dedicated events such as Series Mania in Lille and the recent London Screenings are also emerging as ‘must-attend’ annual meet-ups.

My ‘can’t-miss’ event is South by Southwest (or SXSW) in Austin, Texas, and it’s not just for the tacos and the sunshine. The event began in 1987 as a music festival. The mid-90s saw the festival expand its remit to include film and multimedia and in 2014 television was formally added to the line-up, under the platform agnostic umbrella of “episodics”.

What’s the appeal of SXSW?  The answer can be found in the festival’s original mission statement to celebrate the “convergence of the interactive, film, and music industries”. We’ve been using and hearing the term ‘convergence’ for years but now, finally, different parts of the entertainment industry are learning from each other and collaborating more than ever.

One of the most fascinating aspects of the modern entertainment landscape is the way power has divided between traditional media companies, which own the legacy brands so essential to a market driven by the familiar, and the upstart tech companies whose platforms are embedded in the lives of audiences.

As such, a particular highlight of my trip was the collaboration between Rolling Stone Magazine (founded in 1967) and Twitch (founded in 2011). Over the course of two evenings, a musical showcase was curated by Rolling Stone and streamed live on Twitch, featuring a mesmerising performance from rising star Poppy Ajudha (pictured, photo by Andrew J. Williams III). This collaboration illustrates one way in which the fragmented industries are moving closer together again: legacy IP to attract an audience, modern streaming tech to deliver.

Of course, at over a decade old, Twitch is already something of a veteran warhorse of digital media and all eyes are now on TikTok, that famously hard-to-crack home of digitally native Gen Z consumers. Little wonder that many of the documentaries screening at SXSW were designed to decode and demystify this mercurial platform. 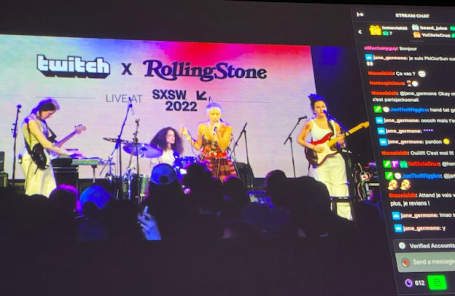 Shalini Kantayya’s feature length doc TikTok, Boom was especially impressive on this topic, with a cast of individual creators explaining how they were able to succeed where billion-dollar brands have failed. The conversation was echoed in a panel discussion, “Has TikTok Won The Creator Wars?”, in which representatives of Axios, Nickelodeon, Tribe and The Information debated the ways brands can make a dent on this tough audience.

Other hot topics this year included the myriad ways that people are trying to monetise and populate concepts, like the Metaverse (of course), but it was the rise of DAOs (Decentralized Autonomous Organisations) that seemed to draw the most attention at the cutting edge of the tech talks. These digital blockchain cooperatives are being touted as democratic alternatives to everything from corporations, to capital funds, to charities. However, the mood on the ground seemed to suggest that NFTs, those collectable unique digital tokens that everyone was talking about only a few months ago, already seem to be out of fashion among the Silicon Valley set.

It remains to be seen what impact the world of Web3 and blockchain will have on television, or music, or gaming, but these are the questions that SXSW raises simply by bringing so many different fields and disciplines together. What was particularly pleasing to see was that the linear TV industry has lost the defensive posture it had adopted in years past, as evidence mounts that there are still skills and traditions in broadcast that have relevance in this new, fluid, converged era. As Justin Scroggie mentions in his recent piece for K7 here, “Gen Z understands and embraces the value of a well-timed and regular drop”.  The ancient art of scheduling is far from dead and may well be the best way to cut through the noise and clutter of social media and streaming overkill.

Whatever comes next, whatever happens with blockchains, whatever replaces TikTok as the next hot new platform, it is clearly no longer enough for TV executives to consider their output solely in television terms.  Even simply being aware of changes and advances in other media will not give the full picture. It’s been a privilege to witness pioneers pushing into uncharted territory and that’s why SXSW remains such an important date in my diary.