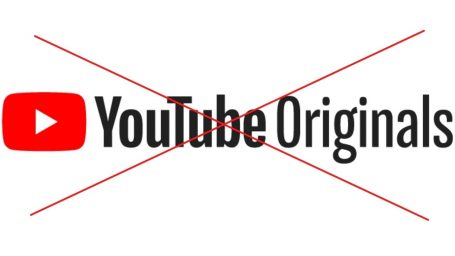 After announcing that its Global Head of Original Content, Susanne Daniels, was departing YouTube Originals, the platform has now confirmed that it is closing down the division altogether and moving away from original productions.

The concept of YouTube Originals has changed drastically since the brand was first introduced in 2016. In the beginning, creators were the focus of scripted shows and movies, such as with comedy-thriller series Scare PewDiePie. Despite creating a handful of popular scripted series – those still in circulation having been sold off to other platforms, with its most prominent creation being the adopted Karate Kid spin-off Netflix show Cobra Kai (pictured below) – YouTube decided to ditch its scripted originals in 2019. This was due to the intensifying competition from players that were ‘all-in’ on premium drama including Netflix and Amazon, as well as newer entrants like Disney+ and Apple TV+.  It would have taken a lot for YouTube to compete (and frankly it didn’t need to), at which point it chose to move away from such projects and instead focus on areas including music and education, as well as creator-fronted reality shows and docuseries.

The recent bombshell may come as a surprise to some, as in the last few years YouTube appeared to be upping its game with original programming; working with a wider range of creators on a variety of genres and even throwing A-list celebs into the mix with the likes of actor Will Smith and magician David Blaine. The latter of which fronted a YouTube Originals live stream dubbed Ascension that saw Blaine reach 24,900 feet in the air by attaching himself to helium balloons. The event became the most-watched YouTube Originals live stream, with 770k concurrent viewers tuning in. Other examples – although not record breaking – include the very popular Instant Influencer, which was originally fronted by beauty creator James Charles, and Joey Graceffa’s reality mystery series Escape the Night.

With the shutdown development in mind, what does this mean for YouTube’s productions going forward? Well, the platform has already pledged to fulfil its commitments to its Black Voices and YouTube Kids initiatives, as well as YouTube Originals projects already in production.

Notably, the overall change in strategy comes after the success of YouTube’s Partner Program, with the platform planning to put more emphasis on that instead, and with good cause too, considering the size of the audience for all of its ‘Partners’ in comparison to the few creators that featured in its originals. The Partner Program gives creators greater access to YouTube resources and features such as the Creator Support team. Crucially, it also enables revenue sharing from ads being served on creator’s uploads.

For now we will have to wait and see on the success that may or may not come from the yet-to launch YouTube Originals projects currently in development and from those stemming from its Black Voices and YouTube Kids initiatives. However, it should be noted that over its six years in operation, YouTube has created few titles that have proved to be ‘breakout hits’ and consistently performed well; and in the long run it has been unclear if the platform’s originals strategy actually provided any significant additional traction to a platform that is already one of the most popular destinations in the world to stream video.