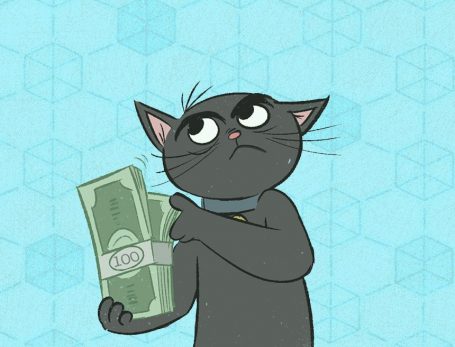 Early last year you probably noticed the then-mysterious abbreviation “NFT” finding its way into your inbox, news sources and even conversations with friends and colleagues, who – like us – were somewhat bemused as to why so many were opting to spend vast sums of money on “minted” memes and pieces of digital art that could already by viewed on a screen by anyone. Stories of these purely digital items selling for hundreds of thousands of dollars have triggered something of an investment frenzy; from Mattel to Sony Music, players from seemingly every corner of the entertainment industry have been pushing into the space. As of this week, you can even set an NFT as your profile picture on Twitter!

TV and video have been far from immune to the NFT – aka the non-fungible token – trend. Thanks to digital art collections such as Bored Ape Yacht Club taking the NFT spotlight, animation has seemed like a natural go-to for those wanting to invest in the space. Krapopolis, an adult animated comedy from Rick and Morty creator Dan Harmon, will launch on Fox in the US later this year and claims to be “the first-ever animated series curated entirely on the Blockchain”; it will be released alongside a dedicated NFT marketplace featuring character and background art as well as tokens for exclusive social experiences. Launched in July 2021 and featuring Hollywood stars Mila Kunis and Ashton Kutcher, Stoner Cats (pictured above) is another adult animated series, but it has no broadcaster or streaming service attached and instead exists solely as a web series via a dedicated site. More importantly, consumers must purchase a Stoner Cats NFT to watch episodes. Hitting the market in the midst of the NFT hype, the show’s 10,000 minted collectables sold out in less than 35 minutes, raising more than US$8million. Just two episodes are available to date.

NFT collections are even now being viewed as yet another medium ripe for adaptation. Launched on NFT market OpenSea in June 2021, Forgotten Runes Wizard Cult is a collection of 10,000+ pixel art sorcerers from US studio Magic Machine that allow their owners to create or add to each wizard’s backstory. All images reportedly sold out to separate buyers in under 30 minutes. Cut to October 2021 and Magic Machine and Titmouse partnered to produce an animated TV show based on the collection. Children’s TV has also caught the NFT bug: in November 2021 news broke that Time Studios was pushing into the space through its recently launched kids and family division, and had teamed with artist Pablo Stanley to bring his Robotos – an NFT collection of over 10,000 randomly generated droid characters – to screen in the form of a children’s animated series. 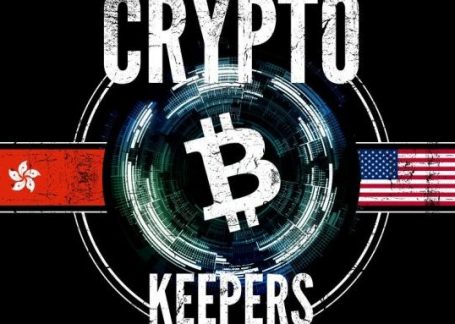 Of course, NFTv (will that stick?) is not exclusive to animation; we’ve also reported on a number of upcoming live action projects including GenZeroes, a ten-episode sci-fi series from Canadian studio House of Kibaa set to launch in March. Like Stoner Cats, it requires consumers to purchase an NFT from its collection to view the show. Interestingly the exclusivity in this case will be timed, with its creators currently in negotiations for GenZeroes to air on a wider platform following its run as an NFT exclusive. Another upcoming live action project is Crypto Keepers (pictured right), a Cantonese and English language series from Hong Kong’s AMM Global and the UK’s Phoenix Waters Productions. The show’s creators claim it to be Asia’s first NFT drama series, with tokens tied to the show set to include items such as concept art, key scenes, and scripts. The 12-episode series is set to be delivered later this year. Also in the works is Hold On for Dear Life, a ten-part comedy from Castle producer Beacon Films. When it was announced in March 2021, its creators claimed that it was the first TV series financed by and narratively based around crypto currency. In addition to launching with NFTs of characters, storylines, outtakes, scores and original art, the show will also allow investors to profit from the series in crypto currency direct to their digital wallet.

Not all shows in the space have been linked to NFTs since their conception. We’ve also seen collections launched for long-running programmes like SBS’ K-pop TV series The Show, Fox’s US adaptation of reality format The Masked Singer, and Starz’ supernatural drama American Gods. There are opportunities in sports and news coverage too it seems: NBA Top Shot is an NFT platform built around selling packs of basketball NFTs, which include clips of key moments from games and can be used to complete challenges and earn rewards, while Vault by CNN houses historical clips from the broadcaster’s archives and allows viewers to purchase them as collectables.

While we’ve seen all of these examples and more take to the headlines over the past year, we can’t help but be skeptical of NFTs’ place in mainstream entertainment culture, particularly when the main incentive for consumers to purchase them has been to sell them for profit. When taking into account the oft-high price tags, the way they benefit their owners beyond their potential for trading appears to be trivial, be it simply the thrill of collecting, or exclusive access to an online community, video game or series. Reservations aside, the trend is undeniable and we at K7 are interested to see if ‘NFTv’ is indeed the future, or merely a fad that we’ll reminisce on in the years to come. K7 Media subscribers can stay up to date on the subject, as well as other trends in digital entertainment, via our Digital Daily Seven report.