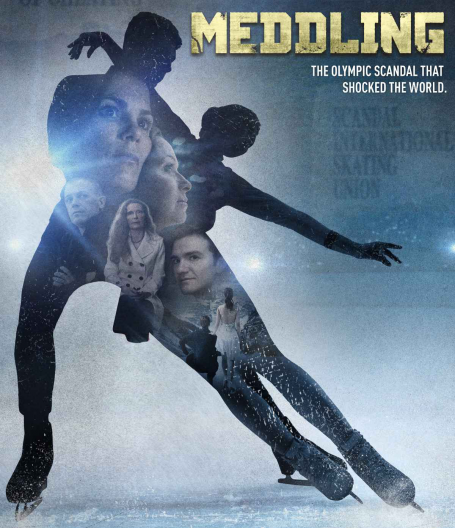 Television is well accustomed to the franchise extension of a popular entertainment series. Big Brother has a variety of talk shows dedicated to discussing the daily events, The Great British Bake Off has its Extra Slice, and participants of 16 and Pregnant made their way to Teen Mom. With the recent global popularity of docuseries such as The Last Dance and the continued explosion of true crime programming, this concept has now started to expand with franchise and brand deals being utilised to increase the factual output of channels and platforms.

NBCUniversal-owned Peacock is taking full advantage of its licensing of the Olympics by commissioning a suite of shows and one-offs to sit alongside its live coverage of the upcoming Winter Games. This month alone, it launched the true crime two-parter Meddling looking into the 2002 Figure Skating scandal, and observational documentary American Rock Stars following the US Curling team. Across Europe, Discovery is creating similarly localised documentaries to highlight home nation teams and stories across its linear channels and discovery+. Finnish ten-parter Leijonat kohti Pekingiä 2022 observes the nation’s hockey team preparing for the Games, while A Brilliant Curling Story examines the underdog tale of five Scottish women looking for glory.

Documentaries are also being used to help bolster the offering of more niche channels or streaming services. AMC Network’s Shudder specialises in horror and thriller cinema, but in recent years has used this stature to create in-depth factual productions looking into their impact. Behind the Monsters (recently featured in the Factual Quicklist here: https://k7.media/quicklists/behind-the-monster/) talked about the cultural impact of villains like Jason Voorhees and Chucky, Horror Noire explores the genre through the lens of the Black experience, and the company also has a similar feature in the works examining horror and the LGBTQ+ community.

While Shudder is using its connections in the horror industry to push projects off the ground, Apple TV+ has been leveraging its year in the music industry for a similar effect. Their own original creations have taken deeper explorations into the industry – Watch the Sound with Mark Ronson (another FQL highlight: https://k7.media/quicklists/watch-the-sound-with-mark-ronson/) examines different techniques of production with artists such as Charli XCX, while 1971: The Year That Music Changed Everything (also featured: https://k7.media/quicklists/1971-the-year-that-music-changed/) used music as an avenue to explore society at large. Alongside this, they have acquired the rights to feature projects already in development, with The Velvet Underground and Billie Eilish: The World’s a Little Blurry examining specific artists.

Going forward, we expect to see more of these types of productions stemming from existing and new deals coming not just from big corporations like AMC Networks and NBCUniversal, but from channels and platforms looking to make the most out of the relationships they have and create compelling stories on ever-tightening budgets. That, mixed with the ever-shrinking pool of high profile crimes to make into the latest true crime hit!

John has always had a keen eye for all things media, graduating from Edge Hill University in 2014 with a degree in Film and Television Production. He joined the K7 team in 2017 to oversee the company’s video archive; enabling colleagues and clients to access a rich variety of global TV and digital content. Now he oversees both the monthly VOD Watch report and curates the Factual Quicklist.

Originally from Southport, John’s passion for all things music means he’s often on the road, tracking down the latest gig or festival. Whilst not a professional performer himself, he proudly holds the title of K7’s Karaoke King, at least for now.