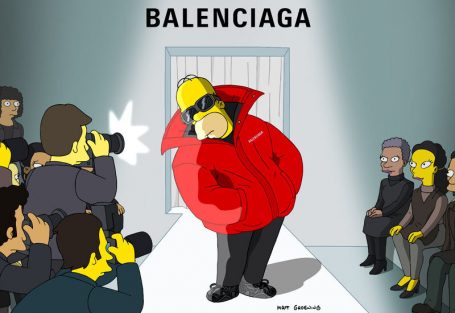 It’s a particularly pressing issue for those brands who want their product to be part of a cultural zeitgeist increasingly driven by streaming content, or partnerships happening outside the usual 30 second ad spot. This autumn, that has included the enormous attention paid to Netflix’s break-out Korean hit Squid Game, and Balenciaga’s ten minute Simpsons episode (pictured), released on YouTube, which had the denizens of Springfield heading to Paris to model the fashion house’s latest looks.

But it’s a complex world to navigate. While traditional broadcasters have their own territory regulations and audience expectations to satisfy, so too do different streaming platforms have different business models and different commitments to their audiences. Premium SVODs like Netflix, Apple and Disney can’t risk irritating subscribers who are paying for ad-free content – and expect their subscriptions to be funding it, not brands. But others like Amazon have a tempting, vertically integrated, content-meets-e-commerce model to explore. Meanwhile, the growth in broadcaster-owned AVOD services like Peacock and Paramount Plus means that there are plenty of streaming platforms where advertisers and brands can still sit comfortably, within or outside the show.

Then there are the territory differences to take into account too. Many of the most prominent streamers are US in origin, and this is shaping the type of brand funded content they have carried so far. For most of the big US players dipping their toe in, the preferred model seems to be to acquire a premium feature doc, normally from a film festival, that may be brand funded but comes de-risked by virtue of being already made and paid for, and with its artistic credentials established via festival inclusion – Fries! The Movie is just one recent example from Unilever’s Sir Kensington’s brand, now airing on Peacock. As one-offs, they can be distributed as finished tape, with far less of the complication of a brand attached to an adaptable format.

However, the UK’s track record in formats, and factual entertainment in particular, has meant that this has been a fruitful area for linear BFP – with various shows like Cooking with the Stars (M&S/ ITV), and Channel 4’s The Great Garden Revolution (Ronseal) airing this year. As streamers continue to expand their entertainment and factual entertainment portfolios, and to grow their UK commissioning teams, one might expect some forays into formatted BFP series on VOD platforms too.

It’s funded by multinational drink and brewing company AB InBev, and pits teams against one another for the chance to be crowned beer champion. What’s clever is that the pan-European contest-meets-travelogue format allows for all sorts of European beer brands from Stella Artois to craft breweries like Camden Town to get involved, setting challenges for contestants based all across the UK and Europe.

As this area continues to flourish, and brands work ever harder to meet audiences where they are, we can only hope that there will be plenty more well-made, healthily funded and above all entertaining pieces of brand funded content – in all genres – to come.