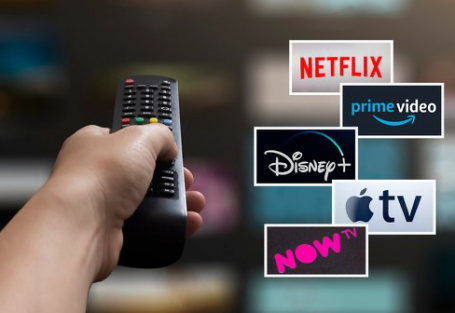 In the eight years since Netflix flipped from simply being a digital distributor of existing shows and movies to creating its own material with House of Cards, the traditional TV industry has been watching the phenomenon known as “streaming” much as biologists watch an emergent new species –  fascinated by its potential, fearful for the impact it may have on the ecosystem.

The notion of binge watching came about when Netflix and other streamers that followed its path abandoned the quaint notion of linear schedules in favour of letting people watch every episode of a new series in one sitting if they so choose. As platforms have proliferated, content has flooded the market, and new A-list releases now pass many viewers by unless they see people talking about it on social media. As a result, we’re starting to see SVODs and other digital viewing services row back from the all-you-can-eat model.

Viewer indecision and anxiety brought about by “peak content” is certainly part of the shift. As early as 2014, satirical website The Onion posted a spoof news story about Netflix offering a “browse only” subscription that let users scroll through endless options and never choose anything. Late in 2020, six years later, Netflix actually trialled a new service called Netflix Direct in France. This applied a linear model to Netflix programming, offering a “channel” that simply showed one thing: non-stop. The aim was to eliminate that paralysis caused by a wall of content tiles, and simply give people something to watch immediately.

Yet, this is not a new idea; Shudder, AMC’s horror-themed SVOD, offered something identical when it launched in 2015, playing old genre movies back to back via its website. AVOD services such as Pluto TV also already do this, with channels that play archive episodes of shows like Mythbusters and Unsolved Mysteries on rotation, 24-7.

It’s reality TV that is also driving this change, as the streamers diversify away from scripted and have started competing with linear TV in other genres as well. Netflix opted for a weekly release for competitive reality show The Circle, as did dating show Too Hot To Handle. That show, created to compete with the likes of Love Island, even allowed Netflix to weave its broadcast-style release model into the marketing, with the idea of “Reality Wednesday” giving viewers a weekly focal point for their social media conversations.

Another reason is that the binge model has resulted in an accelerated culture, where a highly expensive new show can make a huge splash one day and be forgotten the next as everyone moves on to the next big release. Disney+ shrewdly avoided this trap by releasing all of its flagship shows – Star Wars spin-off The Mandalorian, Marvel projects like Wandavision and Loki – at a weekly rhythm. The pay off is that the show trends for longer, and sustains online speculation and conversation.

Apple TV also went weekly for comedy drama Ted Lasso, and by delivering its feel good episodes gradually it meant that interest was still high when it won big at the Emmys. HBO Max, the latest entrant in the high stakes SVOD race, has learned from all of these experiments and launched with a multitude of release cadences. Some shows are weekly, others arrive with all episodes at once. For some shows, those where it seems audiences may need more time to take the hook, two or three episodes can be released at launch, with the rest following a weekly pattern.

What we’re seeing is less of a retreat from the bingeable boxset model, and more like the SVODs realising they have a host of different ways to release their shows. Where it makes sense to go for the all-in-one model – as with brooding slow burn Netflix horror Midnight Mass – that can still work. Where a more measured release will pay better dividends, as with reality shows, that’s also on the table. Some shows can stream endlessly, available whenever people want to dip in. And with no schedule to worry about, hybrids of all these options are also being trialled. It’s become a truism to say that the way we watch TV has changed forever, but that’s clearly not entirely true: it’s still changing, and will continue to do so for the foreseeable future.