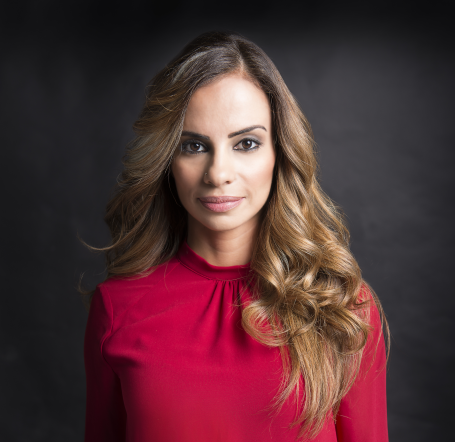 K7: Arabic Originals are expected to account for 25% of your programming by the end of 2021, do you expect this investment to increase?

Darine: As one of the largest players in the regional entertainment industry, we bear unique responsibility to give our audiences content that resonates and taps into their passions and aspirations. Since we launched OSN Originals, we have delivered a wide range of genres on our platform to keep up with the evolving requirements of the audience in this region.

Our data and analytics presented 7.4 million hours of Arabic content consumed on our platform, marking our investment in Arabic content as a great decision to focus and shed light on stories that weren’t told before. Under the umbrella of OSN Originals we have produced an exciting line-up, such as the popular award-winning Reality TV show Yalla Net’asha (tr. Come Dine With Me) Season 1 and 2, in addition to the star-studded A’adet Regala Season 3, Syrian war drama No Man’s Land, the critically acclaimed Egyptian feature-length film Curfew and the psychological thriller Anonymous.

We are also gearing up to launch two more OSN Originals productions very soon. Our subscribers will have an opportunity to break into the star-studded reality show: Al Shifra (tr. Celebrity Escape Room) (pictured below) and Egyptian dramedy series No Activity (tr. Elwada’a Mustaqer).

Darine: We are committed to supporting local producers, screenwriters and talent so forging partnerships with a new generation of storytellers will continue to be key for us. We want to embolden them to tell their rich stories in unique formats, without being encumbered by prohibitive commercial and logistical burdens that may hinder authentic storytelling. We want to give a chance for bold storylines and strong narratives to come to fruition, reflecting the evolving aspirations of the region.

K7: Do you still see the Hollywood Studios libraries as the backbone of your offer? How will this evolve?

Darine: For over twenty years we’ve been able to provide audiences with a melting-pot of entertainment combining the best in Hollywood with the best in Arabic content. We have invested in building a strong relationship with the leading studios, including Disney, HBO, NBC Universal, Fox, Paramount, MGM, and Sony to name a few. We pride ourselves in forming these relationships by hosting international and most demanded content such as CBS Presents Oprah With Meghan And Harry, Loki, Mare of Easttown and Friends: The Reunion Special to the region. As we continue to deliver on our promise, we believe in venturing on OSN Originals as the way forward with more regional viewers demanding untold stories that are relevant to them.

K7: Could you tell us about OSN’s motivation behind the launch of the OSN Woman channel?

Darine: OSN’s strength has always been our ability to understand the regional viewer and what they want to watch. With OSN Woman our strategy is no different, we’ve recognised a gap in the market for a premium content proposition tailored to women of the region. What sets OSN Woman apart is that the content offering will be available as a standalone channel through any OSN box as well as on demand and on the OSN Streaming App. Every element of the channel has been created and worked on exclusively by female talent to ensure authenticity of the final product.

K7: Could you tell us about your experience on the local version of Celebrity Escape Room – Al Shifra? How did you manage the remote production and what plans do you have for the launch?

Darine: We launched OSN Originals during the onset of the pandemic and effectively produced multiple productions since then. Al Shifra is a show we produced during the outbreak.  Shooting in Belgium amidst another lockdown was another exciting project. Since each episode had a unique setting with top Arab celebrities, we ensured the set followed all the standard Covid-19 safety regulations, prioritising the health and safety of the talents. Additionally, our expert production team was present onsite to ensure a successful production, and translating the creative vision behind each episode bringing it to life.

K7: Your Originals slate is very diverse – from home cooking shows and celebrity talk shows to drama and feature films. What is your strategy for acquiring projects and what would you love to be pitched that you haven’t seen yet?

Darine: As a leading regional entertainment hub, we have a unique responsibility to deliver resounding content that taps into our audience’s passions and aspirations.

Looking at consumer consumption habits, we can say that original productions have a strong appeal to our local audience, especially when it narrates stories that reflect their culture, mirroring their reality. Our mission is to answer our consumers’ desires, so it was a natural choice to invest in that space.  This is not simply a trend, but an evolution of our foray into Originals in response to a very tangible customer need. When I took over this role, my strategy was to align it with the brand’s mission to be region’s leading entertainment hub, putting forward unique untold stories with character depth.

We wanted to be diverse with the content, looking into new genres and themes that push the boundaries of creativity. Now and more than ever, we are telling daring stories, giving voice to the voiceless through credible stories with multilayered characters.

K7: With streaming we’ve seen the idea of global content really taking off – platforms like Netflix have broken down the language barrier in many ways. How do you see the market for Arabic shows outside of MENA territories?

Darine: It’s simple: any good story travels. At OSN, our prime focus is to cater to the MENA audience, telling regional stories to the world. Our teams are on a mission to push creative boundaries, create impactful stories with resonance and offer exciting and entertaining content that hits home.

Overall, the guiding principle of our content strategy is to be inclusive enough to embrace the diversity of our audiences, to be a celebration of their cultures, similarities, and differences all at the same time. Whether it’s a scripted or non-scripted piece of content, the story itself and how relevant it is to the people of this region will determine how far it will travel. We have seen a strong international appetite to navigate into Arabic content. In recent years, the number of Arabic productions has been on the rise with recognition from global awards and stories scoring Oscar nominations. The MENA region is rich with untold stories and talents; we look forward to unlocking them on our platform.

Victoria has spent 10 years in Asia working on numerous co-production projects with the Ministry of Internal Affairs and Communications of Japan, the Asia-Pacific Broadcasting Union and the National Film Development Corporation of Malaysia (FINAS). Prior to this, she had a number of roles at BBC Studios in key European territories including a stint in the Paris office where she ran the factual co-production business in France.

Victoria joined K7 in October 2019 and is based in Singapore.