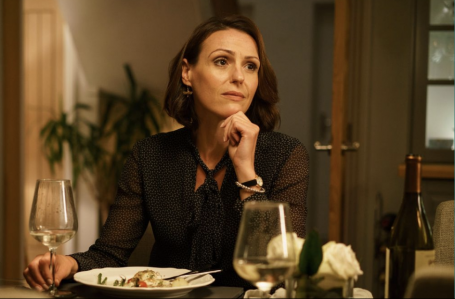 One of the biggest UK dramas of 2015 is now one of the most prolific scripted formats for BBC Studios, with localised versions of Doctor Foster (pictured left) airing in territories as diverse as India, Russia and South Korea. Created by Olivier Award winning playwright Mike Bartlett, the show stars Suranne Jones as Dr. Gemma Foster, a popular and successful general practice doctor in a small English town. Despite the title, Doctor Foster is a domestic drama rather than medical series, as Gemma suspects her husband of being unfaithful and her attempts to uncover his lies spiral out of control, throwing her life and those around her into chaos.

Two seasons (both 5×60′) have aired in the UK, and both Bartlett and Jones are often asked about the possibility of a third – not surprising given that the Season 1 finale drew an audience of over 10 million and sustained comparable ratings throughout its second season. A spin-off series, Life, aired in September 2020 and followed one of the supporting characters, Anna Baker, as she starts over in a shared house in a different city under a new name.

International adaptations similarly drew huge audiences in their local territories. TF1’s 2019 version for the French market, airing under the name Infidèle (‘Unfaithful’) reached 6 million viewers while JTBC’s The World of the Married debuted in 2020 and became the most popular South Korean cable drama of all-time. More versions are coming on stream all the time, with The Philippines most recently picking up remake rights.

"When it comes to localising a scripted format in other territories, we look to what the truth is of the original idea. What inspired the team when they were developing the original stories and characters, and what is the purpose for their journey?"

In this interview, part of K7 Media’s Backstage Pass series in which we look at the decisions and strategy behind hit international formats of all kinds, André Renaud, SVP Global Format Sales at BBC Studios gives us the inside perspective on the elements of the show that made it resonate so widely, and how each adaptation brings something unique to the story.

K7: In broad strokes, what was the experience like selling Doctor Foster as a format worldwide? Were you mostly pitching the format yourselves or did local producers come to you and express an interest?

AR: The journey for how the series was commissioned internationally is varied. In India, for example, the team at BBC Studios India at the time saw the potential for a local adaptation and saw how it could be a powerful story for Indian audiences. In fact, dramas were not really being adapted at that time so it was a proactive pitch to [their] partner, Disney Hotstar, who believed in the series and rightly so, as it became a huge hit with local audiences. By contrast in France, the story of this strong female character in a universal setting meant that we had people approaching us directly to adapt and develop the story for French viewers on TF1.

K7: The series has such a specific focus on its lead character, how did you balance the need to hit key format points while giving producers the freedom to make changes that suit their market?

AR: From our point of view, when it comes to localising a scripted format in other territories, we look to what the truth is of the original idea. What inspired the team when they were developing the original stories and characters, and what is the purpose for their journey? This is the basis of how we explore adaptations to find what the format points are.

It’s this balance that brings the format points in scripted series to life. So, for Doctor Foster, her finding that stray hair, for example, is a powerful moment in the story and one of the key catalysts of the series. This would be considered a key format point that is important for the series that is faithful to the original concept, while exploring where she lives in a country, or what job her husband has are points that can be adapted so long as they stay true to the character’s necessary journey.

We’re so fortunate to be able to work closely with Drama Republic and Mike Bartlett when our international partners are adapting this series to help us collectively find the source of truth in these characters. And, in knowing this, we can then explore with each country the journey that these characters would take in their local context, including the storyline ebb and flow. Although Gemma Foster’s story is the centre point for the journey, each character equally has to make their own choices and react to the circumstances in which they find themselves. This theme of relationships, centred around Gemma’s journey, also gives a lot of depth of material to dive into in order for adaptations to build new branches to the themes. 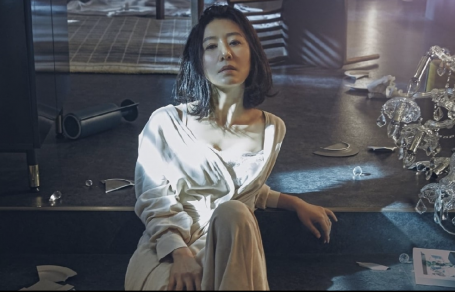 K7: When you launched the show on the international market, what were your strategic priorities?

AR: At the time of launch in the UK in 2015, the series had a lot of interest on its own as broadcasters looked to acquire the original version to transmit around the world. But, by 2017 when season two started to air in the UK, appetite for scripted formats had grown and on the day that the final episode of season 2 aired in the UK in 2017, which had a series high of 9.8 million viewers and an amazing 40 percent audience share, we announced the first local adaptation in Russia, which also led our slate of scripted formats for MIPCOM. We also strategically looked to regions where BBC Studios production teams could bring it to life such as France and India, and, equally, the commission in South Korea was important in continuing to build on our success in the region for scripted format adaptations.

K7: Have there been any sales that surprised you or any territories where the result exceeded your expectations?

One of the things I love the most about format adaptations, is how people find inspiration from an idea and then create that world in their own local context. The adaptation that JTBC brought to life in South Korea (pictured above) remains to date the highest rated cable drama in history and we’re so thrilled that the dedicated work of both the on and off-screen teams resonated with viewers. And I’m really looking forward to how the newest version we announced in the Philippines will come to life. The creative team there have put a lot of thought not only into the character developments, but are also really thinking about how they can showcase Filipino culture and fashion, too.

K7: It’s quite unusual for a domestic drama to produce a spin-off these days – how does Life fit into your international plans?

What’s great about Life is that you have a series that has two inspirations. Mike Bartlett has shared that he lived in a similarly converted house, and wanted to explore the theme of these people who are half-strangers, half best friends since they don’t really know each other but can see and hear what is going on behind closed doors. But he also noticed that Anna (or Belle as she is known in Life) had a lot going on that we didn’t have access to and also a lot of capacity that we didn’t see in Doctor Foster. Life then allowed this character to flower in a whole new direction. You didn’t need to know Belle’s history to explore her evolution in Life, but, if you did, you understood the journey she was taking and why.

We launched Life at our BBC Studios Showcase in February and deliberately touched on how it was both connected to, but also distinct from Doctor Foster in our session with Drama Republic and Mike Bartlett. There is appeal for anyone who has licensed Doctor Foster as a way to spin-off the Anna/Belle character but, equally, her story is part of a mosaic of individuals that Mike Bartlett skilfully and elegantly weaves together as they each face a moment of change in their lives. I believe that Life brings a lot of the same strengths as Doctor Foster: these are strong, well developed characters at a turning point in their lives, and the choices they must take in that moment, will forever shape their future.

K7: Unlike, say, unscripted formats where the concept is everything and fans often don’t hear about production plans, does a show like Doctor Foster need the guarantee of multiple seasons to adapt to have global legs, or is the ability to take the characters off in new directions away from the source material a selling point?

Doctor Foster to date has had seven adaptations around the world, with the two series from the UK serving as the source material and guiding point. What’s great about how Mike Bartlett and Drama Republic have developed these characters, and how Suranne Jones, Bertie Carvel, Jodie Comer and the entire UK cast brought them to life, is that the essence is already there for people to use as the basis of development. And, as part of the adaptations around the world, you can build on these characters and also the people around them. In India, for example, the character of the mother-in-law is now in the house and therefore builds on the family dynamic and the pressure that Meera Kapoor (as she’s known in this version) is facing on her journey. But, equally, ten episodes in the UK has adapted into 31 episodes to date in Turkey as this family – and the community – come to terms with the story’s betrayal and its aftermath.