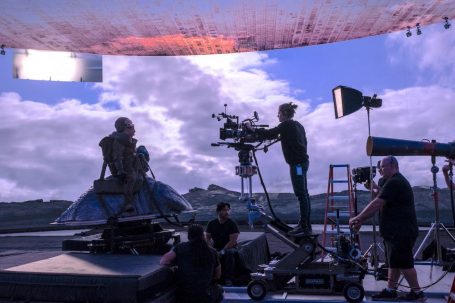 Cast your mind back to the mid-2010s and you may recall a brief flurry of excitement over the idea of TV companies and gaming companies moving closer together, producing new forms of hybrid “transmedia” entertainment that would define the 21st century. Things didn’t quite work out that way.

Sony’s attempts to leverage its PlayStation games console as a platform for original drama fizzled out, with the live action comic book adaptation Powers lasting for just two seasons. Microsoft, meanwhile, also tried to sell its Xbox One console as the only media hub you’d ever need, but similarly ran out of enthusiasm for the rigours of TV production and shuttered its Xbox Entertainment Studios subsidiary in 2014 with one sports reality show, a one-off documentary about Atari and a live action miniseries based on flagship game Halo to show for the investment.

The TV landscape has changed utterly in the intervening years thanks to Netflix and Amazon, so there’s a circular logic to these two streaming behemoths driving a recent rekindling of the relationship between gaming and television.

Netflix is currently recruiting for an executive from the games industry to oversee an expansion of its interactive entertainment portfolio. Netflix has dabbled in this area, with interactive experiences such as the ‘Bandersnatch’ episode of Black Mirror and the wilderness survival show You vs Wild. It has also licensed smaller digital games based on Stranger Things, La Casa de Papel and To All the Boys.

Meanwhile, Amazon has had its own interactive division – Amazon Games – since 2012, but has struggled to turn its considerable investment into a reliable publisher. It is interesting to note that Amazon is attempting to compete with the major games publishers, producing large scale blockbuster titles for PC and console, sold via traditional means rather than through its Prime Instant Video distribution channel. In January 2021 Bloomberg reported on the stalled progress of Amazon Games, noting that ambitious multiplayer game New World has been delayed and high profile titles such as an online Lord of the Rings roleplaying game have been cancelled.

Netflix is reportedly taking a very different, and more cautious, approach by using Apple Arcade as its inspiration. Apple Arcade is one of several subscription-based gaming services to apply the Netflix model to gaming, with a monthly fee buying access to a curated selection of games at no extra cost.

For Apple Arcade, these are glossy mobile titles for play on phones and tablets, but it is notable that both Sony, with PlayStation Now, and Microsoft, with its Game Pass service, have successfully applied the SVOD formula to console gaming. There’s even Antstream, an independent service which offers access to a collection of licensed retro games from the 90s and earlier. It’s this mainstream acceptance of a proven on-demand distribution model that suggests that Netflix might be onto a winner here, provided they can deliver games that are suitably engaging and accessible.

The time could fast be approaching when the gap between a TV company and a games company will become entirely semantic.

Another advance that makes this latest flirtation between games and TV more likely to become a long-term relationship is that production methods are also starting to overlap. Unreal Engine, an off-the-peg software suite used to create hundreds of games, is now also selling itself as a live action film and TV production tool. With graphics that now approach photorealism, using games software to create CGI scenery is already happening – almost all of Disney’s Star Wars series, The Mandalorian, was shot using virtual sets created in Unreal.

Artificial intelligence is also enabling this modern evolution of greenscreen technology to replace location shoots entirely. These backgrounds are screened as live behind the actors on a curved greenscreen, with the view automatically changing in relation to the camera, creating a compelling illusion of depth and space. Add in the astonishingly lifelike “metahuman” extras that Unreal can also produce via a free tool, and this new frontier of entirely digital high-end production may herald the end of soundstages and locations entirely.

An early case study can be found in the form of UK company Rebellion. This game developer branched out into IP ownership by purchasing the rights to dozens of British comic books, and now has its own digital studio space using exactly the technology detailed above.

What we’re seeing, then, is a simultaneous convergence from two sides of the industry. Games publishers adopting on-demand models pioneered by entertainment media SVODs, only for those same SVOD platforms to then expand into gaming, while at the same time games technology reaches a level of detail that means it can convincingly be used in live action production.

When considered against all these rapid developments those early transmedia experiments from ten years ago seem positively quaint. The time could fast be approaching when the gap between a TV company and a games company will become entirely semantic. With the right hires and projects, Netflix could be that company.