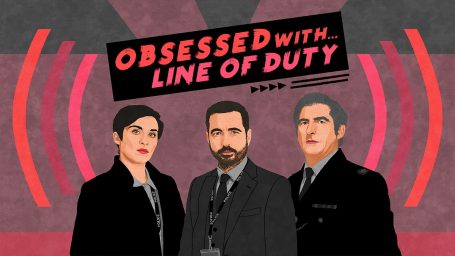 The idea of the “watercooler conversation” has been a key driver in scripted drama going back decades. Crafting a show that has people talking about it at work the next day is the goal, but as technology has evolved so too has the form of these conversations.

From online discussion forums to official apps and social media channels, the methods by which a broadcaster can help to define the morning after conversation continue to change. The current trend is for companion podcasts, which pick apart the latest episode alongside fan-created shows, often with the added bonus of input from the actual creators of the series in question.

The twisty police corruption thriller Line of Duty is the latest to benefit from this ongoing outlet, as part of the BBC’s “Obsessed with…” podcast series, produced for the corporation by external agency Chalk & Blade. Critical favourite I May Destroy You was another show to have its own podcast under this umbrella brand.

On the surface the shows couldn’t be more different – the sixth season of a labyrinthine crime procedural and a deeply personal limited series about sexual consent – but both boast devoted audiences, richly drawn characters and episodes that leave viewers buzzing with thought-provoking revelations.

It wasn’t so long ago that such shows would have been given a companion TV show, as with The Talking Dead, which rummaged in the guts of AMC’s Walking Dead every week, and Sky’s Thronecast, a televised chat show that followed episodes of Game of Thrones. Today, comparable blockbuster shows such as The Crown, Watchmen and Chernobyl have official podcasts instead.

With TV being such a visual medium, it’s easy to overlook the power of audio to drive engagement away from the screen.

One obvious reason for this is that it’s more affordable to produce an audio show than a broadcast TV show, and – in recent months – easier to produce such shows remotely. There’s a plausible audience reason for switching from TV to podcast as well: audiences are already overwhelmed by how much prestige TV there is to keep up with, and asking them to also set aside time to watch discussion shows about their favourite shows can start to look like an indulgence too far.

A podcast, by comparison, is far more portable. You can watch an episode from your sofa, then listen to the follow-up companion show on your morning commute, or while going for a run, or even around the house while doing chores. Under lockdown, people stuck indoors with family have become much more comfortable using earphones to block out some personal time even while indoors.

Another reason why podcasts may be replacing TV shows as companion pieces is the rapid decline in physical media. HBO’s official podcasts are particularly notable for featuring high profile writers and directors such as Craig Mazin and Damon Lindelof talking in depth about the creative choices made in each episode. This is material that would once have been used to upsell physical boxsets in the form of commentaries, but in a world that prefers more immediate digital gratification being able to hear these insights right after broadcast is a more assured way to keep fans engaged and talking when it matters most.

With TV being such a visual medium, it’s easy to overlook the power of audio to drive engagement away from the screen. The beauty of the podcast, of course, is that it is just as accessible to the cash-strapped indie as it is to the multinational corporation. Anyone looking to create sustained interest in a show should listen up.