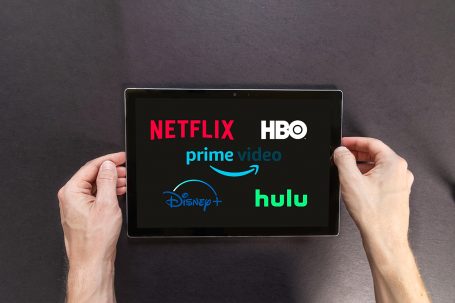 Over the last decade Netflix has been a firm choice for most when it comes to streaming, be it a one-off movie or a binge-watchable box set. As a result, having rolled out its service to almost every country on Earth and posting predicting impressive subscriber growth during lockdown, Netflix dominates the digital viewing market.

However, while subscriber numbers are high there is considerable concern, both data-led and anecdotal, that the pivotal twentysomething demographic is actually watching Netflix less.

Firstly, the streaming wars battle has really heated up with the arrival of Disney+, Apple TV+ and HBO Max, on top of the already established services like Amazon Prime Video, consumers are finding themselves more spoilt for choice than ever. The market has shifted accordingly – it is no longer about how much content is on a platform, but how much of that content is exclusive and connected to desirable IP. This is where the likes of Disney and HBO have the advantage, with their access to brands such as Star Wars, Marvel and DC Comics.

Netflix’s competitor growth has been impressive, especially when looking at Disney+ which ended the second US quarter with 103.6m subscribers. This falls just short of analyst projections of 109.m, but still leaves the SVOD up year-on-year, with an increase of 33.5m. Despite the slowdown, The Walt Disney Company CEO Bob Chapek said the SVOD remained “on-track” to achieve 230-260m subscribers by the end of 2024. Netflix’s subscriber count was around 203m as of February 2021.

Even so, the entire streaming market is in a particularly volatile state as more competitors enter the market. Few will trouble Netflix, but having to choose between different services has created the same crisis that faced US cable viewers prior to the SVOD revolution. Having to juggle various subscriptions, and expending mental energy keeping track of which shows are available where, does not lead to stable customer bases. The Deloitte media trends report, released earlier this year, showed that people now subscribe to an average of four streaming services, rather than five in 2020, and that the churn rate of lapsed subscriptions across the sector rose from 20% in October 2020 to 37% by February 2021.

That’s worrying for streamers in general, but hits a specific vulnerability for Netflix. In the third quarter of 2020, a period in which lockdown should have been propelling subscriber counts higher, Netflix missed its projected expansion targets and posted a 4.6 million-subscriber decrease from the same period in 2019. Could it be that having a captive audience with nothing to do but binge everything on offer is not all that great, and may have induced a sense of “Netflix burnout” right when viewers needed to be excited and engaged?

A second contributing factor is the fickle behaviour of key demographics, especially those in the twentysomething age bracket now gaining market power but bouncing between Gen Z and Millennial trends and flipping between social media consumption models as well as traditional media. Back in February 2020 when K7 attended VidCon London the big discussion among attendees was the threat to larger SVODs like Netflix from less formal video platforms such as YouTube, Twitch and of course TikTok. With the latter growing at an exceptional rate in terms of users and views and both YouTube and Twitch breaking multiple platform viewing records over the past year, it’s hard to deny that younger audiences have yet to settle into a predictable consumption pattern that would justify investing billions in content.

One central factor is simply the price of Netflix. Its three-tier system starts off at £5.99 here in the UK, financially competing with its streaming rivals. However this basic package doesn’t include features such as HD streaming and simultaneous viewing on multiple devices, options that Netflix’s  main competitors have shrewdly included as standard. Netflix customers must purchase a more expensive package at £9.99 to stream in HD to more than one screen, which then makes it the most expensive among the main platforms. The premium Netflix package, which includes 4K HDR, is £13.99, more than double the cost of Disney+.

Taken in isolation, this might not seem much to pay but at a time when customers are watching their finances, and faced with multiple SVOD choices, the need to hold on to a more expensive SVOD may not be so attractive. This is particularly true in the UK where the likes of Channel 4’s ad-supported service All4 and BBC’s FVOD iPlayer, which recorded its best-ever quarter on record with over 1.7bn streams in the first three months of 2021, are freely available.

There’s no doubt that Netflix has looked to target the twentysomething demographic with projects such as dating series Too Hot to Handle and Love is Blind, both playing into the Love Island audience, showcasing Netflix’s willingness to tackle new genres to hold on to its viewers. While few would bet against Netflix’s market dominance in the near future, its market lead still depends on constant expensive investment in an endless stream of new material. Great news for producers, but questions linger over how sustainable that model is, especially if the next generation of viewers already has their attention elsewhere.