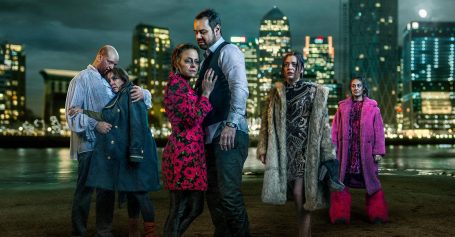 The soap opera is in many ways the supertanker of the scripted TV industry: hard to get moving and difficult to manoeuvre when things go wrong. To continue the maritime analogy, soaps also provide a vital function, albeit one that is unglamorous compared to the luxury yachts of prestige drama which attract A-list stars, critical praise and awards.

With their history dating back to the very earliest days of the television medium, when detergent company sponsorship gave their genre a name, we’ve seen the importance of soap operas dim in the turbulent modern era of on-demand and streamed programming. Once the spine around which evening and daytime schedules were built, they risk becoming redundant at a time when linear broadcast viewing is in decline.

Is that fair, though? There have been numerous signs over the last few years that the soap opera, while diminished, is staging something of a global comeback as audiences crave the familiar and relatable. In the UK, a key case study is the BBC’s Eastenders (pictured above), on air for over 35 years. By 2019 linear ratings had dipped from a peak of 32m in the 1980s to less than 10m. It’s easy to see that as a terminal decline, but at the same time episodes of the show have become some of the most reliable performers on the BBC’s iPlayer digital service. Given that UK soaps pioneered the idea of a weekend “omnibus” edition – a pre-digital boxset, in effect – it shouldn’t be too surprising that the genre adapted well to a binge-watching catch-up culture.

"Soaps are reflecting the wider shifts in the social landscape - gender politics, racism, and the like."

It’s easy, of course, to weave the COVID-19 pandemic into any industry narrative at the moment, but where soaps are concerned it is a key part of the puzzle. Gary Carter, a non-executive director of K7 Media currently working on Lime Pictures’ teen soap Hollyoaks, has first-hand insight into what the lockdown effect has been on the soap experience.

“Hollyoaks ‘creepy landlord’ storyline, in which a landlord buys up apartments and rents them out to young women with an air to sexually predatory behaviour, has its roots in high rents, and financial difficulties encountered by renters,” Gary explains. “Soaps are also reflecting, as they usually do, the wider shifts in the social landscape – gender politics, racism, and the like.”

The “soap opera” tag is one that applies to much more than the domestic feuding of UK series and the twisty melodrama of US daytime dramas, though. This is an ecosystem that also includes formats from Latin America, in the form of telenovelas, and also some Asian shows, which while technically season-based serials can still run for hundreds of consecutive episodes. It is often assumed that soaps are unique to their territory and hard to sell globally, but there’s ample evidence to show that is not the case. ITV’s Emmerdale, for example, is the top-rated non-news show in Finland.

"These all suggest ways in which the venerable soap formula may yet mutate and adapt to the modern TV landscape, but the genre is a tricky one to get right."

There is also a strong import-export market between Latin America, Turkey and certain Eastern and Central European countries. While that has traditionally seen Spanish language telenovelas travelling east, recent years have seen blockbuster Turkish series like Hercai and Elif sell all over the globe, from Africa to the Latin American nations which once dominated the telenovela world. It’s notable that these are all territories with broadly similar social and religious norms, where high drama and firm morality play well regardless of the country of origin. This in turn has led to a renewed interest in telenovelas in Latin America, just as producers and broadcasters have been compelled by circumstance to refocus on reliable familiar formats. The result isn’t quite a comeback, yet, but it does show that this style of drama can ebb and flow as suddenly and unexpectedly as the on-screen plot twists.

Another interesting case study is The Penthouse airing on South Korea’s SBS. Set in a luxury 100-storey skyscraper, the show technically follows three women striving to provide for their children while maintaining their social status and careers. The setting, however, gives it a more ensemble feel and with a first season which ran for 70 episodes, it feels more akin to a soap opera-telenovela hybrid than the traditional K drama model. A second season was launched just six weeks after the first ended, with a third already confirmed. Sales within Asia have been strong, but it has also sold to European countries as well as broadcasters in the Middle East and North Africa.

These all suggest ways in which the venerable soap formula may yet mutate and adapt to the modern TV landscape, but the genre is a tricky one to get right. “Soaps are a big commitment”, explains Gary Carter. “It takes at least a year to establish a soap on-screen, sometimes longer. They are very expensive, long-term commitments. While I think its hard to imagine a terrestrial broadcaster commissioning a new soap currently, financially, streamers have those resources.”

A few years ago, the notion of a global SVOD getting into the soap or telenovela market would have seemed fanciful. The streaming model was then built entirely around releasing all episodes of a show at once, for maximum impact. Now we’re already seeing major platforms reverting to a weekly schedule for high profile shows, and while that still lacks the concrete transmission slot of a linear broadcast, it does suggest that “appointment viewing” has a place in the digital future.

Streaming is also a good fit for soap viewing because it favours that “long tail” approach to programming, investing in shows that will pay off over years not just overnight ratings. While few viewers would want to start at the beginning of a show that has been running for decades and racked up thousands of episodes, for a new soap the ability to join at the beginning and revisit episodes as needed would certainly be attractive.

"A few years ago, the notion of a global SVOD getting into the soap or telenovela market would have seemed fanciful."

There are huge obstacles to overcome when developing a soap that could truly appeal across all international boundaries. Quite apart from the need to dub and subtitle in so many languages for hundreds of episodes a year, there’s the simple fact that different character archetypes and story arcs play better in certain territories but not in others. While global trade in soaps is more advanced than many think, it’s far from being a universal concept.

If the last year has shown us anything, however, it’s that audiences still crave the things that a soap opera or telenovela can provide: intimacy, granular human stories and a regular broadcast rhythm that provides an anchor for day-to-day life. The form it takes will almost certainly look very different to the shows which launched in the 1960s, 70s and 80s, and will likely draw on lessons learned from Latin America and Asia more than Europe and the US, but we would not be surprised to see at least one streamer trialling a long-form drama serial that could point the way for soaps of the future.