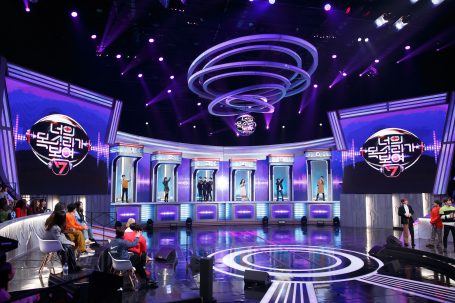 With 18 international versions now on air or in development, CJ ENM’s I Can See Your Voice is at the forefront of Korean television’s explosive growth in the format market. Adding a high concept guessing game twist to the competitive talent genre, it has helped offer a signpost for where performance-based singing shows might be headed next.

It’s no surprise that we named South Korea the Territory of the Year in our 2020 Tracking the Giants format report, but what does it take to create, refine and sell a concept like this in today’s market? We pose these questions, and more, in this exclusive interview feature with the I Can See Your Voice team at CJ ENM and Fremantle.

K7: Can you talk us through the development process of the format? What were your goals?

Lee Seon-young (Producer and Creator, CJ ENM): Music formats were very similar worldwide back in 2012, when I started to develop a new music show. Since then, I’ve been collecting and researching, and came up with the idea of developing tone-deaf and lip-sync as a format element, which led to the creation of I Can See Your Voice (ICSYV).

The development process of the global format went different from the usual process. Unlike the usual process of packaging for the global format after the program ends in Korea, since the start, I developed the format targeting the global audience because it had strong elements that could work worldwide. As a producer, I had to think about what I want to achieve besides its successful broadcast. I worked hard on creating the first season of ICSYV in Korea and the global version simultaneously. While the first season was still being broadcasted in Korea, the response from the global market was very positive. Using a tone-deaf [singer] as a main element of the format, ICSYV could be highlighted among similar music competition shows, which were giving fatigue to viewers worldwide due to their similar elements.

K7: What did you learn from the Korean broadcast launch?

Lee Seon-young: When the show first premiered in Korea, I felt relieved that it turned out to be fun. To be honest, I always take a same risk when making a brand new program in that it might be fresh in the creation stage, but it also might be quite tricky to picture the results during the recording stage. I could not predict how it will turn out. It went same for ICSYV as well. Even though I wish to make the viewers curious and guess good and bad singers, and get interested in the participants’ powerful performance, it is always not easy to predict every result. During the first day of shooting, a cleaning lady at the studio asked me “was that guy the good one or the bad one?” and that question made me relieved.

K7: How did the format points evolve or change once it was live?

Lee Seon-young: In the first season, I focused on deceiving the viewers and making them curious by making perfect fakes. However, in the following seasons, I began to look into some other important issues. If the freshness of the format is the first reason for the international spotlight, I have learned that the second reason comes from the different stories of mystery singers; the key to produce a long-running program comes from the power that story gives. ICSYV is not an audition that looks for the final winner but a show that tells a story of the contestants. The viewers enjoy the various and different life stories of countless people who perform on ICSYV. To keep the show running for a long period, the story must be focused on the characteristic of the each contestants rather than just making people curious about if the singer is good or bad. These are the things I always stress when I consult for the global format as the story ICSYV gives will be loved by the viewers worldwide.

In addition, as the viewers get better at guessing after few seasons, I had to think about how to make the stages to evolve and make it harder for the viewers to guess. I tried many different ways to develop the program format-wise. For example, changing the speed of a song or reverse it, or make some variations with sound technology. It is very interesting because sometimes our producers from overseas suggest ideas but mostly I have tried testing them already, so it is easy to give feedback to them.

K7: Does the format create any unique challenges in terms of production scheduling?

Lee Seon-young: Korean viewers are known to be very sensitive to trends, and this motivates me to give a variation to a season each time. We add more elements to each season to meet the expectation of our sharp-eyed viewers. Elements like inserting some tone-deaf voices in the middle of guessing and contrasting the appearance of real characters are used to keep the viewers entertained. It usually takes at least 6 to 9 months to prepare for a new season. After the casting is closed, there are still many things to get done including practicing lip-syncing and offering training courses for the tone-deaf contestants. Some contestants are assigned to perform in the last episode of a season if more practice is required. The staff team puts a lot of time and effort to make a tone-deaf look like a professional performer by scripting a realistic storyline. I thank them for helping me find motivation every time.

K7: Spin-off formats are a huge revenue driver these days – have there been any discussions about how ICSYV could capitalise on this?

Lee Seon-young: I am developing it, but I’m not sure how it will turn out because I Can See Your Voice itself is already very fresh. Still, you can expect it.

K7: What was your sales strategy when launching the format for international markets?

Diane Min (Director of Format Sales, CJ ENM): I can say this very confidently: uniqueness and originality. I emphasize that this type of format has never been shown anywhere around the world previously. There are plenty of shows that good singers win, but ICSYV is a show that can make the bad singers the final winner. Our team packaged the show with great effort in 2014, targeting to release to the global market at 2015 MIPTV. A buyer even offered me a deal pre-MIP, but I respectively declined because I really wanted a grand launch during [the event], which led to a great result, and gave very positive responses.

Vasha Wallace (EVP of Global Acquisitions and Development, Fremantle): We’re delighted to be working with CJ ENM on the roll-out of this hit format. We know that audiences are craving these escapist, feel-good shows that can be watched by the whole family. We represent a variety of territories around the world in total – it’s been a great show to be working on and our broadcasters are responding really well to the format.

K7: Have there been any surprises during its international rollout?

Diane Min: There are too many surprises to tell, but what I remember the most is the Thailand version with Workpoint, which was our first international adaptation. Ever since its premiere from January 2016, they never stopped producing and airing the show. This is amazing because the show airs weekly. It has been broadcasted for 6 years now, and they produced 260+ episodes, which is more than the original Korean version.

Additionally, licensing the show in Bulgaria in 2016 is another fun thing to talk about. Previously CJ ENM did not have any shows licensed in Bulgaria, and even had very limited connections throughout Eastern Europe. Signing a deal there was truly unexpected, and I remember our consulting team being very excited, while being nervous at the same time when waiting to go consulting to Sofia.

K7: Without giving away anything too sensitive, what are your sales targets for ICSYV over the next year? Are there any territories you will be prioritising?

Diane Min: My goal is to commission ICSYV to the countries that have yet aired the show, and make ICSYV air in every country in the world. However, first of all, I want to especially target LATAM. I have licensed K-dramas there, and I know that there are many K-pop fans out there, so I’m sure there is plenty of potential for K-format and unscripted shows. This will be my next mission.

Vasha Wallace: Fremantle holds the rights for ICSYV in a variety of territories around the world. Our UK labels Thames and Naked are currently on air with their version for BBC One and a version for Russia-1 will be on air soon.

K7: Shows like ICSYV represent a noticeable change in direction from older competitive performance-based shows like The Voice – where do you see the genre going next?

Lee Seon-young: As a creator and producer myself, I wish to know where the genre is going next. Rather than prediction, let me tell you from the base of what I am preparing. Just like I created ICSYV to bring out a fresh new music genre that differentiates from previous music formats, soon I guess another type of music format will take that trend. Maybe audition style music formats could come back again, but this time it can be in a music genre that has rarely [been used] before, or there could be newer element in the competition that could lead to other directions. If the previous audition trend was to pick the best vocalist, maybe the next trend is with another type of audition, or in different settings then a new type of music audition format can be created.

Diane Min: Success of ICSYV and shows like The Masked Singer made ‘guessing game’ as a new popular genre in a format industry. This genre, however, was already popular in Korea and is what Korean producers do well. After ICSYV debuted in February 2015 and The Masked Singer in April of the same year, a lot of guessing game shows appeared in Korea. These formats are now getting recognized in global industry, trending very fast, and will continue to lead the industry. Guessing game shows that have shown success in Korea, such as Shadow Singer and Super Hearer, might be the next format that can go global.

Vasha Wallace: Shows like Idols, The X Factor and The Voice are still incredibly popular around the world in many territories – these are huge global brands which bring in massive audiences for their broadcasters and continue to act as huge tentpoles for the schedules. In addition to these audience juggernauts, one of the themes we’re seeing at the moment is slightly less traditional ways of putting music on television using storytelling in different way to what we’re accustomed. ICSYV taps into the trend for the ‘guessing game’ arena which has been massively successful with our audiences including formats like The Masked Singer and Game of Talents – it’s entertainment that the whole family can enjoy and play along at home.