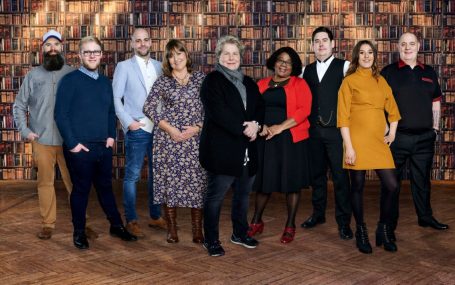 It wasn’t so long ago that public service broadcasters looked to be an endangered species. Taken for granted by viewers, tethered to linear broadcast schedules and old technology by remits that require maximum accessibility, and outflanked in terms of production budgets and acquisitions by the SVOD juggernauts, even those who saw the public service channels surviving the rapidly evolving market expected them to be severely diminished within a matter of years.

However, as the world cautiously begins to emerge from lockdowns for (hopefully) the final time, many audiences are doing so with a fresh appreciation of the role PSBs can play in national life and this was reflected in the data for K7’s latest Tracking the Giants format report.

As tempting as it is to lay everything on COVID at the moment, it would be a mistake to view this solely as people rallying around familiar fixtures at a time of crisis, although that is certainly happening. This is a deeper phenomenon that has been gestating for longer than just the last 12 months. These are fraught and febrile times for all manner of social and political reasons, and while the likes of Netflix, Amazon and Apple may have reservoirs of money to invest in keeping us entertained, their all-or-nothing global approach leaves many areas of viewer demand that remain better suited to public service broadcasters.

Shows such as The Write-Offs (pictured), a factual series about adult literacy from Channel 4 in the UK, not only achieved ratings success but made the Best Factual Entertainment Format shortlist for C21’s annual awards too. The Write-Offs made a splash on the global formats market as well with several new sales and options. Also performing well in global sales is You Can’t Ask That, a PSB format from the other side of the world. Airing on ABC in Australia since 2016, the show poses awkward questions to people from minority groups that viewers would otherwise be embarrassed to ask in person.

Both The Write-Offs and You Can’t Ask That show how public service programming has adapted to the times, tackling social issues in ways that are Informative, educational and entertaining. These, of course, were the goals enshrined in John Reith’s famous mantra in the early years of the BBC which set the standard for public service television and while the formats may have evolved, it is clear that those three pillars are still fit for purpose.

The BBC is a typically useful example of another key PSB role. A government report from March 2021 on the Future of Public Service Broadcasting praised the BBC for its role in providing online educational material while schools and colleges were closed and encouraged the corporation to make more of the content available on TV. This is notable from a government that often has a combative relationship with the state broadcaster, amid fierce wrangling over the future of the UK television license fee, from which the BBC is funded. Ironically, that license fee is now secure until 2038 as Britain’s broadband infrastructure is not robust enough to support widespread access to digital alternatives to the BBC’s output. Meanwhile in Canada, CBC recently launched CBC Lite, a platform designed to deliver the broadcaster’s shows and online content to remote communities still using dial-up internet.

That’s a lot of innovation and activity for a supposedly moribund market sector. There’s no doubt that publicly funded television will still be squeezed as the media giants continue their ferocious expansion, but on the current evidence a world without public service broadcasters is a long way off.