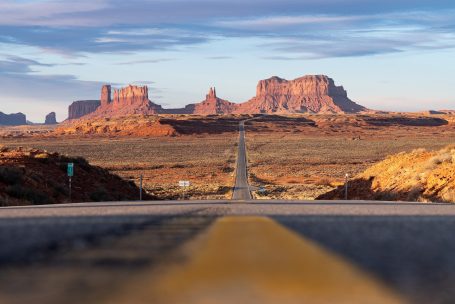 While researching and compiling K7 Media’s latest global industry report, Brand Funded Programming: Why It Matters Now, two things quickly became apparent. The first was that this once-controversial funding model is about to take centre stage when it comes to broadcast television, and the second was that travel and tourism shows look set to be integral to that success.

Even the most resistant territories, such as the UK, now see sponsored programming as normal so the logical next step of actively involving brands in directly funding and developing new shows feels inevitable. This seems to be particularly true for travel shows, a genre that you might think would have suffered the most due to COVID-related lockdowns, but is actually flourishing where brand funding is concerned.

The reason is quite obvious once you look at what sort of programming audiences, pummelled by a year of pandemic anxiety, are seeking out: shows that are upbeat, aspirational and reassuring. In some ways, the current situation has allowed TV to return to its core appeal from the very dawn of the medium. It lets us see and visit places we cannot physically reach, albeit vicariously through the camera lens.

Brands have seized on this in interesting ways. Brand funded formats work best when the connection between the show and the brand is organic and invisible, and what better than a tourist board promoting its territory? Tourism Australia responded to the plunge in international travel by working with Network 10 on a celebratory format which developed from an online video, With Love From Aus, to a TV special called Love Australia, and then to Live From Aus, a streamed showcase of tourist-friendly stories from across the country. “This year we haven’t done a lot of traditional advertising because borders have closed,” says Anita Godbeer, General Manager PR Social Content & Consumer Marketing at Tourism Australia. “So, we have been focused on what we call ‘dreaming content’ – something we’ve really leaned into.”

British company Blackmane Media did something similar with South African Tourism, creating a factual show designed to appeal to high value business travellers. “The idea was showing South Africa rather than telling audiences about all the extraordinary people, places and experiences it has to offer,” says co-founder Levison Wood.

It doesn’t have to involve exotic locations and official tourist board involvement, however. Grammar Productions worked with the Singapore Tourism Board for the travelogue series The Last Overland, in which a young man recreates his grandfather’s 1955 road trip from London to Singapore, but it also received production support from Land Rover as well as other partners. Revolut supplied financial services, streamlining the cross-border expedition. Watches, clothing and even in-car fridges were all supplied by brand partners in exchange for being publicly associated with the project.

“It was important for us to work with brands whose services were essential to the expedition’s smooth operation,” says Grammar’s MD Alex Bescoby. “I made it clear in all my negotiations and contracts with each brand that their product would not be prominently on screen in the eventual TV programme. This was key to maintaining authenticity.”

It’s this quest for the authentic that has perhaps kept brands from being too openly involved in financing TV production but as audiences become more accustomed to the idea, and more savvy to the way it is done, there’s no reason why producers and brands shouldn’t mutually benefit from our desire to travel the world from our living rooms.