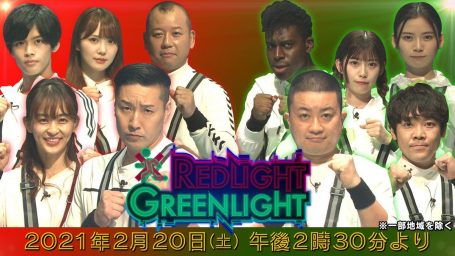 One area that looks set to make its mark on television in 2021 and beyond is the world of games, from the wide world of gaming – from PCs and PlayStations – to the more traditional board games of old.

‘Cluedo’ style shows have been around for many years, but we can now look forward to new collaborations set to transform well known physical providers of family fun, as the more traditional board, card and arcade games are given the format treatment.

From Whac-a-Mole in the US to a Game of the Goose (El Juego de la Oca) revival in Mexico, there’s no shortage of game material to inspire. Mattel Television has a slate of unscripted projects in the works with plans to supersize some of their iconic brands. The toy manufacturer’s production arm has teamed up with both Fremantle and Propagate Content to bring classics Uno and the aforementioned Whac-a-Mole to screens.

Across the scripted strata too there is recognition of a potentially untapped source of inspiration. Not only is Mattel’s Uno to transform into a larger-than-life competitive televisual treat, but a dramatic feature adaptation is also on the cards (pun intended). The colourful competitive card game, which celebrates its 50th anniversary this very year, is to be reimagined as a live-action heist comedy set in the underground hip hop world of Atlanta.

Numerous action series based on classic franchises of the console world are also in development with a Resident Evil anime series coming soon to Netflix and fellow video game adaptation The Last of Us heading to HBO with a full live-action series order. Fellow recognisable (even to non-gaming buffs) franchises Halo, Fallout and Final Fantasy are also making their way to television.

Hasbro’s more traditional 1950s war strategy board game Risk is similarly being adapted for TV audiences. For those who’ve suffered through six hours of the game to be left with a decimated army and unsure as to whether it constituted as ‘fun’, it might not seem the obvious choice for a dramatic glow up. But the project is just one of many hailing from eOne, kickstarted by the company’s acquisition by toy giant Hasbro in 2019. Risk is joined in development by Dungeons and Dragons, Cluedo and everyone’s favourite family home wrecker Monopoly.

In these uncertain times, familiarity around shows is a major plus point for commissioners.

So why now, does the time appear ripe for this extensive crossover? In these uncertain times, familiarity around shows is a major plus point for commissioners. Risk-taking isn’t exactly at an all-time high, and the security provided by a known brand and existing IP, with the bonus of an already established fanbase, are obvious draws. With computer games, adaptations will look to target a hard to reach audience by attracting fans of the original games – to generalise – a predominantly young male audience.

With regard to creating a new format, the mechanisms of classic games like Uno are proven not only to be well-structured and sound in gameplay, but to be fun and entertaining for the whole family. These are characteristics which should translate into an entertaining game show that has the potential to travel widely.  That’s not to mention the current boom in big, bright and bold staging which looks to shake us up from the dreary everyday of the pandemic. We expect upcoming game adaptations to follow in the footsteps of shows like The Masked Singer, Lego Masters and Holey Moley, where vibrant colourful sets promise a visual feast for the eyes, whilst competitive game play and celebrity involvement provides pure prime time family entertainment.

Classic children’s playground games have a track record of translating well to screen with the likes of Netflix’s Floor is Lava, Banijay’s Catch, Talpa’s Marble Mania, TV Asahi’s Red Light, Green Light (based on Grandmother’s Footsteps) and WeMake’s upcoming game show Roll The Dice being a testament to this.  SBS6 is following up its marble success with remote car racing format Car Wars – promising more celebrity-filled big kid fun. Nostalgia is of course another key point here. Such shows promise to be instantly (and often internationally) recognisable in their simplest form but scaled up to a solid format of worthy entertainment value. In troubling times, is there anything better than kicking back for an hour of uncomplicated easy-going escapism?  In the UK, E4 is eyeing a reboot of 90s cult classic GamesMaster, promising a nostalgia hit for fans of the original smoke-filled studio show.

Channel 4 is understood to be seeking a sponsor to help resurrect the retro gaming format, highlighting another key advantage to gaming collaborations. With the growing importance of BFP (read more on BFP here), the opportunity to collaborate with gaming brands and toy giants as mentioned above cannot be under-appreciated. With no guaranteed instant easing of pandemic pressures, the seamless integration of brands into formats looks set to become an increasingly important factor in development. This is of course a two-way street, with the resultant expansion of classic game brands beneficial to both parties, broadcaster and game manufacturer alike.

As lockdown sees a resurgence in jigsaw, chess and tiddlywinks hobbyists, we look forward to seeing more fan favourite classics find a new life on screen. We just hope the results of this game inspiration boom are as fun to watch as they are to play!