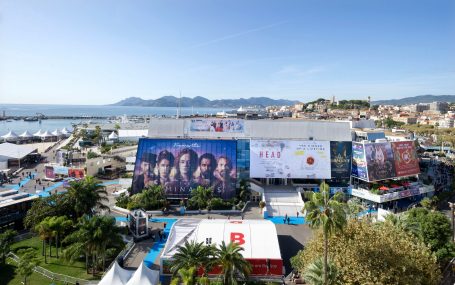 This year has seen a massive shake up for TV markets and conferences. The move online has had a significant impact on the way events run, with Reed Midem reporting almost 6,000 registered delegates – making Mipcom the largest virtual market so far.

Recently, we have been speaking to distributors and buyers from across the world about their experience attending these events remotely – with a real mixed bag of responses.

Some have praised the ability to arrange meetings with clients they have been unable to reach in more traditional ways.  Others have noted that the process of arranging meetings was much slower and the number of meetings confirmed prior to the market was lower than normal.

Reps we have spoken to have stressed that online markets require more preparation than physical events, in order to make them valuable. This is particularly true for distributors who have had to find innovative ways to share a huge volume of material with potential clients.

Some have found success by supplying information in advance of the meeting or focusing on new programming and leaving discussions about library titles for post-market discussions. The most ambitious have organised their own ‘visual upfronts’ or launched independent festivals for clients.

Despite the fact that the volume of news and deals reported was much lower than normal, Mipcom has still been used by many for marketing and networking.

There are a number of reasons virtual events are not providing the same level of business as traditional events.

Traditional events have long established themselves as a launch pad for the biggest new shows and formats. From production schedules to marketing campaigns, annual calendars are attached to certain dates to get the new programmes ready for premiere.

As the importance of deal-making at physical markets diminishes, showcasing programming is going to be their main mission.

Without traditional physical events, this cycle is currently losing its focus and many industry professionals admit that not having such flagship dates in their annual schedules is making it harder to create a buzz around new launches. As the importance of deal-making at physical markets diminishes, showcasing programming is going to be their main mission.

Virtual events provide limited possibilities for networking due to the focus on business growth and lack of socialising around sessions. With growing competition among the events, many will try to attract participants by offering different promotional bonuses.

With that said, there are certain risks for potential participants to increasingly favour events that offer free or discounted participation.

On the other hand, it is going to be increasingly difficult to justify investing large sums of money in attending markets across the globe. Businesses do not just need to cough up the cost of the tickets but also for flights, accommodation, and expenses – something that feels completely alien this year.

As belts are tightened and budgets cut, it will become increasingly difficult to prove the value of such an investment – particularly for those distributors who have reported sustaining or even increasing their sales in 2020.

Companies who have regional sale reps, regionally or locally in major territories, report that this has really paid off during the pandemic as it has allowed them to offer a more personal service. We think more companies will consider such a strategy moving forward.

Looking ahead, we think there will be a mix of fewer physical hybrid events and a growing number of smaller virtual events. Major long-established traditional markets, such as Mipcom, will move to a system where different tiers of participation are offered – some physical and some virtual.