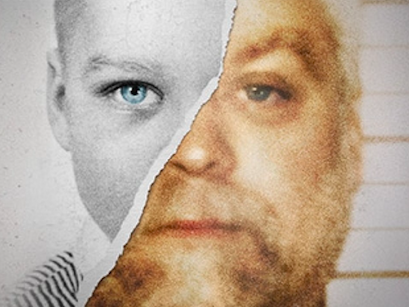 K7’s Head of Strategy, Girts Licis explores the phenomenal success of true crime and the reasons stories, drawing on some of the most appalling elements of the human experience, continue to captivate viewers.

On a broad level, the demand for any show ‘based on’ or ‘inspired by’ true events have increased in recent years. Benefitting from a well-known subject matter – without the limitations of reality – these shows can draw inspiration from the zeitgeist and use the most effective elements of documentary and drama.

This blended approach has proven effective in attracting a broader audience than just a ‘strictly’ documentary or ‘strictly’ drama viewership.

Within this area of programming, the true crime genre has proven to be an unrivalled success. On scheduled channels, the genre is increasingly moving from late-night to prime and daytime programming. The prime slots given to shows such as ITV’s Quiz, telling the story of the cheating accusations surrounding Who Wants to Be A Millionaire, is testament to this.

The genre’s popularity stretches beyond television and streaming services, it is a highly regarded literary genre and is the inspiration for a number of successful podcasts. With so much resource readily available in alternative formats, it would be right to assume that the most compelling stories will be turned into screen work sooner or later.

Part of true crime’s popularity should be attributed to the huge diversity within the genre, from conspiracies and white-collar crime to cults, cold cases, and psychological terror – it offers something to suit every taste.

It is worth noting that despite the huge variety on offer, murder and serial killers remain the bread and butter of true crime. It is the darkness of the subject matter that makes the genre so compelling.

The euphoric effect of true crime on human emotions is similar to that of rollercoasters or natural disasters.

From a psychological perspective, experts argue true crime allows people to feel relief that they themselves were not the victim – perfectly playing with human instincts and emotions.

The euphoric effect of true crime on human emotions is similar to that of rollercoasters or natural disasters. It is not necessarily sadistic, but if bad faith had to fall on someone, at least it fell on someone else. You could argue that as we grow older, we replace our fascination with the monsters from fairy tales with a morbid curiosity for the evil who walk amongst us.

With many programmes raising more questions than they answer, the desire to play armchair detective is another element attracting viewers to true crime.

Shows with a cult-like following rarely give the audience all the desired information, leaving aspects of the story up to interpretation. It is this uncertainty and messiness that keeps the people coming back.

This is not down to chance. Despite the fact these series are based on real life cases, they are storytelling in its truest form – very well edited, and cleverly put together.

The best true crime shows force the audience to explore how they feel compassion, not only for the victim, but sometimes for the perpetrator. This is a sign of mastery from the creators, creating complex characters that force us to question our previously held notions of good and evil.

It is interesting to recognise the esteem in which true crime is held – Netflix’s Making a Murderer remains amongst the highest rated series on IMDB.

Audiences do not take kindly to attempts to make a parody of the genre. American Vandal, released by Netflix in 2017, was cancelled after just two seasons suggesting that the streaming giant was not too happy about the ‘mockumentary’ series’ performance.

Although an uncomfortable realisation, true crimes – as horrific as they can be – ultimately make for comforting viewing. As Sally S. Simpson, Professor of Criminology and Criminal Justice at the University of Maryland, said: “While living in a world where there is rapid social, political, economic, and technological change, true crime comforts people by assuring them that their long-held ideas about how the world works are still useful.”

It will be interesting to see how long this remains true and if events taking place now will soon be appearing on our screens.