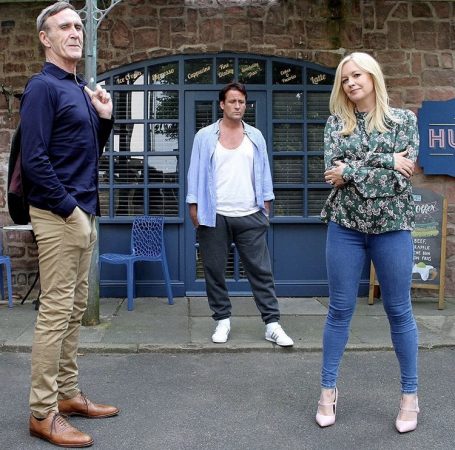 Soap operas have a long history in television, but the industry is prejudiced against them. As a genre, it’s looked down on, possibly because of its heightened tone, and possibly because of lingering ideas of ‘high’ and ‘low’ culture. Snobbery, then. The view of soaps as somehow culturally inferior is probably reinforced by the traditional off-Prime Time scheduling of the genre – Prime Time is perceived to be where the action is, and of course, where the audiences and the money are. Further, the sheer production volume required by the genre leads to an industrialised production model – a highly complex relationship between time and money, running on at least three timelines (what’s planned, what’s in production, and what’s on air) – and this industrialised, generative system, at once organic and highly specialised, is perceived as somehow less professionally meaningful than  more auteur-driven models of, say, short-form Prime Time scripted genres.

Part of this prejudice also derives from the rarity of soap commissions. Soaps are very expensive commitments for broadcasters, and require deep pockets, time, and marketing money. As a genre, in most Western European territories it is in decline (and dead in the US), while of course in Southern territories, like Africa, it is growing. That’s to say, if as a production company you have a soap, it is highly likely you will have that commission for many years, decades even. And therefore there is a sense of exclusion from the genre for most of the independent production sector, even while all soaps worldwide are very important as entry points into the industry, and as contexts in which to hone skills, onscreen and offscreen. Jealousy, then.

I have encountered prejudice against the genre even within broadcasters that commission and broadcast them. In this case, it is usual that the commissioners inherit a soap in their portfolio, which take up an enormous part of the commissioning budget (often surpassing the programme spend of other scripted series), and which few commissioners have the prior experience to guide in a way which supports the relentless nature of its production. Commissioning a soap is statistically unlikely to happen in the career of a Director of Programmes.   And while they may wish to see it decommissioned, they usually encounter the limits of their authority when they try to do so. This is because soaps have high value as part of the central brand of a broadcaster, because they usually represent a favourable money to audience ratio, because the contracts are elaborate and decommissioning is in itself expensive – and because the fans are pretty hard-core. Hit-driven businesses like this one require shiny sexy new things. Sequinned ones, decades old, don’t fit the bill.

Soaps are political with a small ‘p’: they reflect and shape the world of their audiences.

Prejudice is of course, shared neither by their audiences, nor by the practitioners who make them. Fandom brings with it passion, and it is a feature of fandom that it is possible to adore, and be highly critical of, the object of fandom. Soaps are political with a small ‘p’: they reflect and shape the world of their audiences. The constant and at times noisy dialogue between consumer and producer is one of the chief joys of working in soap, and those who work in the genre take the responsibilities it brings very seriously. The heartland of soaps is what we might call social relations, and social relations are manifest, experienced and shaped in a populist cultural context. Most soaps are consumed in strikingly traditional family contexts, and soap viewers ‘inherit’ a love of the genre from these family contexts.   As such, soap operas are socially important, and as a result, they are politically important.

This is why all soaps worldwide shared information and experience during the ongoing public health crisis – including, and importantly, in making decisions (usually after research) into whether, and how, to show the COVID-19 crisis on screen. Soaps are part of popular culture, and popular culture is a vibrant, messy forum in which citizens see themselves, and their interconnectedness with others around them, and the forces at play that affect their lives. At times like this, soaps are a place in which social fabric is woven: this is why broadcasters have focussed on the survival and continuity of their soaps. Now is the time in which we should understand, and applaud, the soap opera. We sure as hell could do with the social cohesion, and certainly, with a guilty pleasure at tea-time.