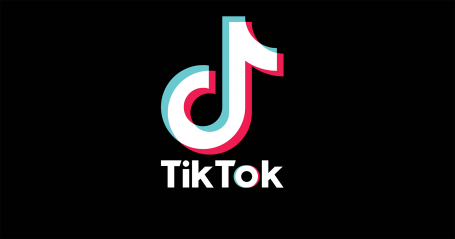 It’s been a rocky few weeks for TikTok, which has comfortably established itself as the killer app as far as short-form social video is concerned, but now faces intense political scrutiny. Its Chinese origins recently cost it India – its second biggest market – after the country’s government banned a number of apps amid political tension with China. Now its foothold in the US is under threat, with President Trump – citing security concerns – saying he will ban the app unless an acquisition deal is agreed before 12 November (an extension from the original 15 September deadline).

Microsoft is currently in talks with ByteDance to purchase TikTok, and would move its data servers to US shores and run the app in the country, as well as Canada, Australia, and New Zealand. This would make Microsoft a key player in social video, helping it compete with services run by other heavyweights in the US, namely Facebook, Google and Snap. Quite the corporate shakeup to be sure, but – in a deal or no-deal situation – what about the creators?

TikTok has helped launch the careers of a new wave of stars, but while it might have been fundamental to their origins, these creators are not tied exclusively to the platform.

TikTok has helped launch the careers of a new wave of stars, but while it might have been fundamental to their origins, these creators are not tied exclusively to the platform. It’s become second nature for creators in general to have a presence or at least experiment on other apps, and when it comes to TikTok stars in the US, Instagram is the essential second output.

This makes Instagram Reels – a recently launched add-on which mimics TikTok’s key features – the most significant direct competitor to TikTok to date. Its familiarity minimises the effort for any TikTok stars wanting to make Insta their primary app.

“When Vine shut down you had creators accustomed to making short-form video who suddenly had no comparable service to transition to. The release of Instagram Reels is a game changer, particularly at this moment in time. It will likely be viewed as the only viable alternative for many US TikTok creators should a ban go ahead.”

“Despite their fluidity between platforms, longer-form uploads may be an awkward fit for many of the app’s biggest stars, making services like YouTube and Facebook Watch less appealing. Let’s put it this way, I can’t imagine many people wanting to sit through 10 minute ‘armography’ videos.”

And what if a deal does go ahead? In that case we believe the scales tip in TikTok’s favour thanks to its continued momentum and established presence in the US, but also its new funding, which will see it pay top creators directly for the first time; until now its stars have relied on brand partnerships to make money from their uploads.

TikTok recently committed a $200m pot to partnered creators in the US, which is set to rise to $1bn in three years and more than $2bn globally. If this isn’t enough to retain its stars, we wouldn’t be surprised to see exclusivity deals come into play, comparable to what we’ve been seeing with gaming creators in the live streaming space.

We’ll be following TikTok closely in the months ahead. K7 subscribers can access our Digital Daily Seven for updates on social video and our Creator Spotlight  to see which stars are trending on leading platforms.