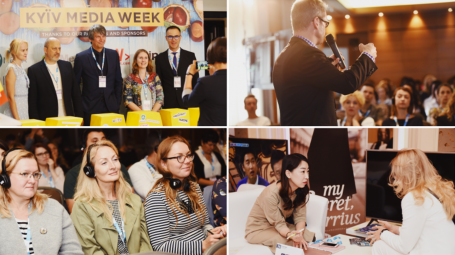 Central and Eastern European TV markets are fascinating to Western distributors and producers but perhaps some are not as comfortable in dealing with them as they could be.

The biggest mistake is to view these territories as non-equal or less experienced due to past political regimes, as if they are markets which need to be shown how ‘high-quality television is made’. This is totally wrong. Full stop. Despite all the ideological nonsense of the communism era and the fact that the technical resources in those times were probably a few steps behind the West, the creativity and professionalism in the television and film industries, including ideas, script-writing, directing, camera and so on…in most of these countries, has always been on a very very high level and it still is.

CEE is increasingly chosen as a filming location for some of the biggest international productions.

In some smaller markets, the budgets can be still shockingly small at times, compared to Western standards, but this is compensated by professionalism (multi-tasking!) and in most cases – super high efficiency of productions and production teams. Technical facilities have been raised to the highest standards as well. Therefore, CEE is increasingly chosen as a filming location for some of the biggest international productions. I think countries like Hungary and Czech Republic were leading the way, but we also see a lot of international productions going on in smaller markets, from Estonia and Lithuania in the North to Croatia and Bulgaria in the South. Game of Thrones, The Witcher, The Sleepers, Chernobyl… movies including the latest Star Wars, Terminator or Spider Man… have all been at least partially filmed in this part of the world.

As well as endless opportunities for recreating different urban and rural scenes and hefty tax incentives provided by local governments, another thing that increasingly attracts overseas productions is the highly professional and flexible workforce.  There are fewer rules and limitations set by different Unions or other regulators, and pretty much everyone is prepared to work long shifts without clock-watching if the work needs to be done, as long as they are getting paid for their hard work and not just taken advantage, of course…

While the UK and US are on their radar, of course, CEE closely watches other markets such as Germany, Italy and Spain and even Turkey and Korea.

When it comes adaptations of international formats, CEE is a particularly interesting market and is where many non-scripted formats have started to fly outside their home markets over the last decade. From Danish Married at First Sight, which became an instant success in several territories, to the Korean I Can See Your Voice, which saw its first adaptation outside Asia in Bulgaria, with ratings then beating those of The Voice or X Factor. Unlike some other European markets, this region is more open-minded in terms of where they look for trends, new ideas and formats to adapt. While the UK and US are on their radar, of course, CEE closely watches other markets such as Germany, Italy and Spain and even Turkey and Korea.

What we have seen a bit less so far, are ideas and formats coming out of the CEE and taking over the international markets. This is perhaps because these countries have not been marketing themselves enough as creative hotspots, focusing more on serving their local audiences. But I think this is slightly changing. Ukraine, in particular, is trying to become a ‘South Korea of the Eastern Europe’ in terms of creating buzz around their formats and productions. They have also been raising awareness of Ukraine in particular, by organising the annual Kyiv Media Week, which is one of the most established trade events in the region currently, along with Natpe Budapest, New Europe Market in Croatia and the emerging Serial Killer in the Czech Republic.

This is an edited version of Girts’ contribution to the TellyCast podcast of Thursday 9 July, the full version of which can be found here.