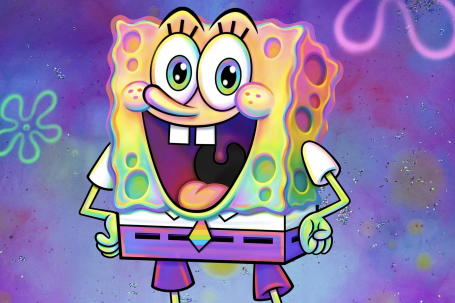 In recent years we’ve witnessed a sharp uptick in LGBTQ+ representation in mainstream media, and we’re not just talking about the occasional reality contestant or drama storyline. Shows like long-running reality format Drag Race, vogueing drama Pose and a revival of makeover series Queer Eye have successfully put LGBTQ+ stories on the mainstream map, paving the way for more exciting television celebrating the community as well as raising awareness about its struggles in what can be a less-than-accepting world.

Children’s TV too has been taking strides of late, but look around and you’ll struggle to find a show with LGBTQ+ representation at its core that’s anywhere near as successful and broadly appealing as the aforementioned hits amongst adults. Homophobia remains rife around the world, and many parents simply don’t want their kids exposed to media that encourages acceptance of something they deeply disapprove of. For this reason, kidcasters have long opted to play it safe, limiting their coverage of the subject to the bare minimum or avoiding it all together, but change is certainly in the air.

This June Nickelodeon made headlines when – while marking Pride Month – it suggested on social media that the titular character in one of its most successful and long-running toons, SpongeBob Squarepants, is in fact queer. A tweet pictured him drenched in rainbow colours alongside images of Korra – a bisexual character from Nick’s series The Legend of Korra – and Henry Danger actor Michael D Cohen, who came out as transgender last year.

While this could be viewed as a simple retcon so as to further conform to today’s mainstream standards, the move will have helped fuel new ideas and conversations amongst young fans of the show. A kid with ingrained prejudice may now be asking themselves, if they’ve always enjoyed the on-screen company of SpongeBob’s character, and SpongeBob has always been queer, then perhaps someone who is queer isn’t a person they should exclude from their own social circles.

Healthy relationships are something very appropriate for all ages, and these are what children’s TV has been increasingly addressing through LGBTQ+ representation in recent years.

There’s a widespread belief that the ‘sex’ in sexuality makes its representation inappropriate for kids, with LGBTQ+ programming targeting older demos – including teens – often featuring mature themes of desire. Healthy relationships, however, are something very appropriate for all ages, and these are what children’s TV has been increasingly addressing through LGBTQ+ representation in recent years, from a 2019 episode of PBS Kids’ Hey Arthur in which the characters attend their teacher’s same-sex wedding, to Hulu’s original adaptation of Daniel Errico’s The Bravest Knight Who Ever Lived, in which a girl learns how to be a knight from her adoptive dads.

Both are great examples of matter-of-fact integration, where the relationships featured aren’t treated as bizarre, but rather are simply present like those of its straight characters; if we want kids to accept LGBTQ+ relationships as a normality, it helps when they’re represented as such.

What that doesn’t do is address the obstacles that might present themselves to an LGBTQ+ person, and – while far more direct – this programming is just as necessary, especially for tackling discrimination and generating empathy.

Aussie kidcaster ABC Me made history when it aired Epic Films’ short First Day in 2017, a tween drama following a 12-year-old transgender girl as she starts her first year of high school, and is forced to deal with often less-than-accepting attitudes from teachers and fellow students. The short won multiple awards and was later commissioned for a full 4×30’ series, which premiered in March this year.

Looking ahead, Canadian kids giant WildBrain is developing another issue-focused series. Targeting six to nine year-olds, 2D animated fantasy Princess Alexander is inspired by its creator Mike Vogel’s own childhood, and follows a young prince who discovers that he’s gifted with magical powers traditionally exclusive to princesses. This sends his family and the kingdom into panic, as they grapple with the fact that boys can be princesses too.

While not yet commonplace, LGBTQ+ representation is indeed on the up, and on its way to becoming normalised in the kids space, with huge international players like Nickelodeon, Disney Channel, Netflix and Cartoon Network – all of which have integrated it into their programming – wielding great influence. It’s the drivers of this change that are helping some children feel accepted, others to confront their prejudice, and are ultimately forging a more harmonious future through the power of the small screen.