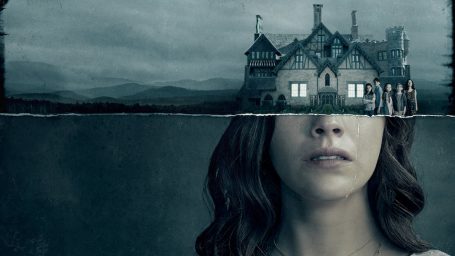 Horror as a genre has had a long but often troubled relationship with television. The gruesome narratives and visuals of the genre sit somewhat uncomfortably with TV’s heavily moderated and intimate role in the home.

The genre has certainly had some linear success. Breakthrough shows like American Horror Story have proven hugely successful and helped forge a new era of serialised horror.

Increasingly though, it’s the streaming services which have become the perfect haunted home for horror. This is in large part due to a lack of time slots and rules about what can’t be shown pre-watershed, as well as fewer commercial demands compared to advertising-supported channels.

The lack of restrictions regarding airing graphic or uncomfortable programming allows SVODs to take chances and push boundaries. Stranger Things and Haunting of Hill House hail from either end of the horror spectrum but have both found huge success on Netflix.

TV horror is also becoming increasingly international. Whilst certain barriers remain, it would appear fear has no language.

Newer, less mainstream SVODs have taken things further. AMC Network’s horror-dedicated Shudder (available through Amazon Prime) began developing its own slate of original spooky series as far back as 2017, while Jeffrey Katzenberg’s Quibi has also dabbled with the genre in short form.

TV horror is also becoming increasingly international. Whilst certain barriers remain, it would appear fear has no language.

The most obvious example of horror’s ability to cross borders is Netflix’s German original Dark. Premiering in December 2017, over 90% of viewing came from outside Germany and it was particularly popular in Spain, France, Italy, Turkey, and the US – making it one of the platform’s most watched non-English language shows ever.

Though the impact of streamers on the evolution of the genre is extensive, linear channels still boast hit horror brands, laying claim to some of the most popular and long running series.

As a result of the limitations on linear TV, touched on above, most programming belongs to cable channels in the US. The continued popularity of shows such as The Walking Dead and its spin-offs indicate not only the longevity of horror as a genre on television but reinforce its place on linear viewing.

As a broad rule, when it comes to horror, linear networks err on taking a trusted ‘familiar-to-viewers’ route, while streamers are able to take chances on more extreme concepts that might otherwise risk alienating large swathes of traditional audiences. Whether streamed or on linear though, it’s a great time for series that go bump in the night!