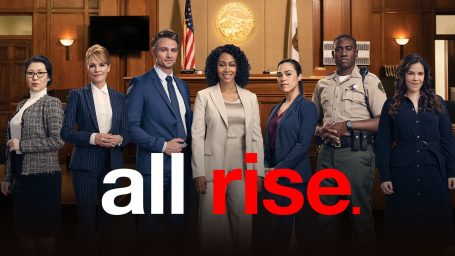 Like many of you right now, the K7 team has been busily working from home as we observe the lockdown and wait out the coronavirus pandemic. Isolated but still very much active, we’ve watched from our living rooms as the entertainment industry rapidly innovates and transforms in order to survive this challenging climate. It’s something K7 has been tracking with great interest in both our recently launched Quarantine TV Report and our Digital Daily Seven. One of our most striking observations is the explosion of creativity in the digital space, with many turning to online services to keep the wheels turning.

We’ve seen some timely launches in the game show and talent genres (see web series Little Tiny Quiz of the Lockdown and Spain’s Got Talent at Home) but when it comes to unscripted entertainment it’s the humble talk show that has been the first to adjust to production challenges en masse. Without their studio sets and experienced crew, hosts like Jimmy Fallon (NBC’s The Tonight Show) have once again highlighted that personality is the fundamental ingredient to talent-led entertainment. Conducting interviews via video conferencing apps, their broadcasts from home have done much to reassure audiences in these trying times and some series like Sammen (Tr. Together) on Norway’s TV2 and Apple’s Oprah Talks COVID-19 have been created purely for this purpose. We’re all in this together, after all…

Of course, it’s not just TV hosts going to these lengths: actor/director John Krasinski (The Office) has caused quite a stir with his web series Some Good News, in which he sifts through all the negativity to find heartwarming highlights from around the world, many of which are shared by his followers on social media. Like the series’ televised counterparts, Zoom video calls have become integral to the show, and have featured a reunion with The Office co-star Steve Carrell as well as a performance from Lin-Manuel Miranda and the cast of Hamilton.

On the surface video conferencing is more practical for unscripted production, but CBS doesn’t see its use ending there. The network has lined up a rather different episode of its courtroom drama All Rise, in which the show’s actors shoot footage in their own homes with video conferencing software, using VFX to alter the backgrounds. It’s the first example of a drama production adapting in this manner on our radar, but we doubt it will be the last; expect to see even more scripted series – both linear and on demand – coming up with creative solutions in these uncertain times.

Two industries amongst the most affected by this pandemic are music and sports. With tours and tournaments canceled, creatives from both have ramped up their activity online. In music, The World Health Organisation’s live streamed Together, At Home campaign is but one in a number of likeminded efforts that sprung up almost simultaneously, in which self-isolating artists treat fans to intimate performances while raising funds for charities. The concept’s appeal isn’t exclusive to digital either, with Fox and iHeart Radio’s Living Room Concert for America later bringing in strong ratings for the network.

In the absence of live sports coverage, eSports experimentation has come into play: Spain’s top soccer league La Liga teamed with Banco Santander, broadcaster Movistar+ and eSports celeb Ibai to launch a FIFA 2020 tournament that pitted actual players from 18 teams against each other. The three-day gaming event was aired locally on Movistar+’s sports network Deportes 1, as well as streamed via Twitch and YouTube. The move was mirrored in the world of motor racing, where Formula 1 has gone as far as to replace every postponed Grand Prix with a ‘virtual’ race using the official F1 2019 video game; the inaugural event – the Bahrain Grand Prix – attracted 3.2m viewers to its multi-platform streams on 22 March.

As you can see from our featured examples – which only skim the surface of our coverage – the platforms, apps and games now available in this digitised world have enabled many forms of entertainment to rapidly reinvent themselves on an unprecedented scale. We may be in a time of international crisis, but we’re also living through a period where the resourcefulness and resilience of a global community of creatives – empowered by technology – is clearer to see than ever before.