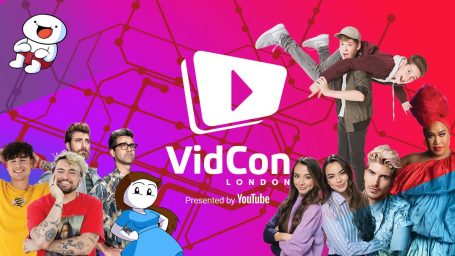 K7 Media’s Digital Team have just returned from VidCon London, bringing back with them a wealth of knowledge shared by the creators, agencies and brands in attendance. The event had something for everyone invested in digital video, from its insightful keynotes to engaging fireside chats and a bustling show floor.

As to be expected, YouTube held the title of ‘most talked about platform’ in the sessions we attended, but hot on its heels was TikTok, its growth over the last year certainly reflected in the buzz surrounding its creators at the event. The company’s General Manager for the UK Richard Waterworth was also in attendance, and underlined TikTok’s desire to expand both the age range of its userbase and the categories of video on its platform, suggesting that 2020 will see it further cement its position as a major new player in online entertainment.

Our researchers shared a selection of key takeaways with our clients during their time at VidCon, but something they emphasised in particular upon their return was the potential for greater collaboration between traditional broadcasters and the creators and leading platforms that make up the rapidly developing world of social video.

It’s with this in mind that K7 is doubling down on its creator-focused research and relaunching Dean Thornhill’s monthly YouTube-focused segment of its VOD Watch Report as a standalone newsletter. Now covering trending talent across multiple platforms, the Creator Spotlight will highlight the stars cutting through the noise and engaging millions with innovative formats, branded stunts and buzz-worthy viral video.