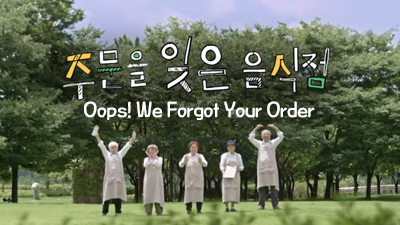 The notion of “factual entertainment” is nothing new in the west, where uplifting social documentaries have been popular for many years and continues to perform well. Indeed, it was one of the most successful genres in K7 Media’s MIPTV 2019 Unscripted Trends Market Report. It is only in recent years, however, that Asian markets have warmed to this style of programming.

One of the first Asian networks to invest in the genre was South Korea’s public broadcaster KBS, which launched its heart-warming factual entertainment show Oops! We Forgot Your Order. The show follows elderly people diagnosed with dementia as they take on serving roles in a pop-up restaurant. The show was inspired by an actual 2017 charity pop-up restaurant in Tokyo, created so that dementia patients could find meaning and self-esteem by re-connecting with the general public.

The KBS show inspired by this true-life story was endorsed at the Asia TV Forum 2018 and picked up considerable buzz at MIPTV 2019. A Chinese version from Houghton Street Media just finished streaming on Tencent Video under the title Forget-Me-Not Café and has won local praise, not least because it follows President Xi’s ruling that media should pursue a positive impact on society. The award-winning format is now regarded as South Korea’s latest successful factual entertainment export.

Over in the UK, Channel 4’s The Restaurant That Makes Mistakes was inspired by the same story and debuted on 12 June. In line with western formatting tastes, the show integrated social experiment elements and encouraged the dementia patients to tackle more challenging roles such as prepping and cooking the food on top of “memory-required” serving tasks. At the end of the five-week work period, the volunteers are tested to find out whether their experience has had an impact on their condition.

Dementia is not the only medical condition to be explored through factual entertainment. Viewers in the west now have a greater knowledge of many disorders and disabilities thanks to some excellent productions which go beyond traditional documentary style.

Many tell their stories framed around themes of dating or employment, areas that are relatable to all. The Undateables, also from Channel 4, is perhaps the best-known example. Currently in its tenth season, the show follows people with a variety of disfiguring or neurological conditions as they quest for love. The format has been adapted in France. BBC2’s award-winning Employable Me premiered in 2016 and follows people with autism or Tourette’s syndrome as they seek work. The format has sold to Canada and the USA, where it airs as The Employables.

More examples abound. This year Danish pubcaster DR launched Denmark’s Hottest “Spasser” in which Mulle Skouboe, a model with cerebral palsy, staged a live beauty contest with only disabled contestants. In March this year, BBC2 was Travelling Blind to Turkey with blind thrill-seeker Amar Latif and comedian Sara Pascoe acting as his sighted-guide.

The global mood right now is grim, as social and economic problems collide. With so much polarization, it's unsurprising that TV increasingly offers uplifting perspectives on human problems, treating heavy topics with a light touch.

Despite minor tonal differences between the shows, what is especially notable here is that the issues being tackled are universal and transcend culture and language. The fact that producers from the UK, US, western Europe and Asia are all now exploring these topics in similar ways suggests a growing convergence in audience tastes – and some very welcome unity in divided times.

This article first appeared in Television Asia Plus in the August-September 2019 edition.

Born and raised in Taiwan, Michelle (PeiHua) Lin came to Manchester in 2016 to pursue a Master’s degree in translation and interpreting between Mandarin Chinese and English.

Michelle has international experience and brings a new perspective to the office, having worked both in the US and Thailand.

Michelle Lin heads up the APAC department of K7 Media since 2017. Michelle is experienced in format analysis, multi-genre programme research and territory study on Asia-Pacific countries. Michelle has also led the business growth in the Asia Pacific territory and represented K7 Media at various events around the world such as ATF, BCWW, TIFFCOM, MIP Formats, Shanghai TV Festival, and so on.