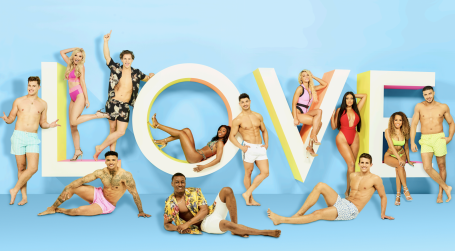 As Love Island UK grips the national conversation in its final week, it’s easy to forget that this is not just a British phenomenon. As with so many successful UK TV exports, Love Island is becoming a regular fixture in the schedules of territories around the world, most notably with the recent US launch on CBS, set in a stunning Fiji villa that ramps up the neon good-looks we’ve come to expect.

With Britain leading in global non-scripted series and generating 30% of the world’s top-selling formats this decade, international producers have assembled regularly to see clips of the latest adaptations of shows like Got Talent, Big Brother, MasterChef and Idol, sharing learnings from their territories.

Alongside production techniques, supporting teams must now pass everything from social media strategy to merchandising deals, including the increasingly vital contestant ‘duty of care’ guidelines.

Mike Beale, MD of ITV Studios’ Global Creative Network, responsible for overseeing Love Island’s international versions, says “We’re overseeing 11 versions, this year, but that’s nearly 60 weeks of output and when you think about how much must be monitored, from social media to merchandise as well as the show itself, it’s a major operation. We’re dealing with everything, including what happens when we run out of branded water bottles.”

A US sale means every chance of making it into the reality ‘Premier League’, yet has Love Island got what it takes? The series is owned and sold globally by ITV’s own distribution arm and has aired in Australia, Germany, Norway, Finland Sweden and Denmark. A Belgian/Dutch co-production has launched this month. The US version launched on 9 July, with New Zealand, Poland and Hungary set to follow.

In the league of TV formats, it is still very much the new kid on the block, yet one with enough marketing traction, ratings and innovation behind it to be an attractive prospect for global broadcasters. The bulk of ratings come from the coveted younger audiences supposedly deserting scheduled television. CBS will be the first time Love Island has aired on a mainstream family channel straight away, rather than secondary sister channels such as RTL2 in Germany and Nine’s 9Go! in Australia, although it is moving to the main Nine channel for the second series.

As a US network with a reputation for ageing formats, CBS needs to work harder than most to keep younger audiences. Big Brother was the gamble that paid off, now in its 22nd season, it makes sense for the network to go for another series like Love Island, a rarity in the US where live, daily watercooler series have previously not sat as comfortably as they do in single-time zone territories like the UK.

Audiences have become savvy. In fact, they are almost able to write the script themselves.

The show needs to appeal to a wide audience and not alienate middle-aged viewers, whilst bringing the average age down. The UK’s reach encompasses all ages with a hi-lo cultural commentary, as well as an emphasis on the complexities of modern relationships.

Love Island’s success is down to major Unique Selling Points which need to travel. In terms of flexibility, the format can evolve in response to what is unfolding in the villa and the audience reaction. Audiences have become savvy. In fact, they are almost able to write the script themselves. This is a genuinely revolutionary next step in the growth of the format and ironically a key part of the reality ‘recipe’.