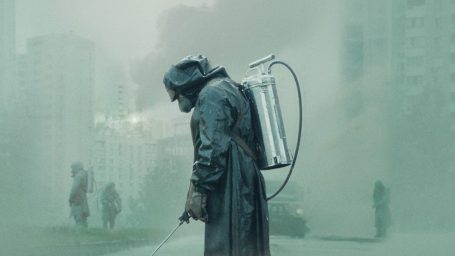 As one of our predictions for 2019, K7 placed a bet on CEE to be the most exciting source of quality drama this year, as this traditionally telenovela-dominated territory sets out to establish its voice around the world via high-quality, shorter run serials.

We pay respect to CEE’s local creators from Poland to Bulgaria and from Czech Republic to Croatia. In times when there are so many good shows fighting to be noticed and travel beyond their country of origin, the region has been building its portfolio of titles through smart partnerships and an international reputation for highly creative and technically skilled local crews.

And now a star is born: Chernobyl. Since its launch in May, this HBO and Sky UK five-part miniseries has not only received critical acclaim and 19 Emmy nominations, but perhaps even most importantly – a 9.5 IMDB rating among its viewers, making Chernobyl the IMDB’s highest rated scripted show ever, beating such iconic titles as Game of Thrones and Breaking Bad.

The region has been building its portfolio of titles through smart partnerships and an international reputation for highly creative and technically skilled local crews.

Chernobyl has all the ingredients to become a textbook example of what we at K7 see trending currently. The story itself comes from CEE (though USSR at the time), is hyper-local at its core, yet astonishingly universal as the Chernobyl event resonated all over the world. It is set in the recent past in 1986 and uses multiple languages as a creative tool to a great effect.

Apart from Ukraine and Russia – internationally more recognisable countries in the media industry, actually most of the filming of Chernobyl took place in Lithuania. The town of Pripyat has been set in a Soviet-built residential district of the Lithuanian capital Vilnius, while Ignalina Power Station in Lithuania played the role of its ill-fated “sister” in Chernobyl.

Lithuanian film and TV professionals made up a considerable part of the series production crew – from a line producer and production managers to set design and assistant directors, and from drone operators and makeup artists to grip and camera assistants and technicians. Needless to say, we also see a lot of local cast in smaller roles and as extras on screen, along with Lithuanian stuntmen.

The selection of the Swedish director Johan Renck for this multi-country venture is a jewel in the crown itself. Although better known for his commercials and music videos, Renck perhaps intuitively masters the creative tools Scandis are famous for – there is some captivating Nordic “noir-ishness” feel blended with a factual depth and precision in Chernobyl.

Finally, let me be a bit personal. I am a ‘Soviet kid’ myself. After the collapse of the USSR my parents’ generation was often publicly called ‘the lost generation’ since they spent the most part of their lives behind the ‘iron curtain’. This would always get my mother utterly upset.

“How dare they! Yes, there was an absurd system, ideology, food shortages at times, as well as other humiliating restrictions. There’s no question about that! But we lived, we loved, we enjoyed life in our own ways. And you were born,” she would tell me.

I was afraid that I would see yet another Western creation that would make me feel ashamed about life in USSR. I was wrong.

I have to admit that for quite a time I was very hesitant to watch this series… as I was afraid. Not about seeing the catastrophic scenes, not at all. I was afraid that, as someone who was big enough back at that time to remember everything as it was, I would see yet another Western creation that would make me feel ashamed about how life in USSR (or Russia/Ukraine) is portrayed in some ridiculously stereotypical ways, with people coming across like idiots and actors speaking with a stupid “Russian” accent. I was wrong. Very wrong. For the first time. Not the last time, I hope. Respect to everyone involved!