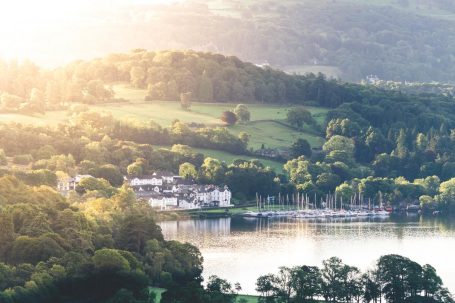 Against the backdrop of Brexit, Pact has this week launched a new event, ‘Content Without Borders’. A hundred British producers are currently locked away in the Lake District with 20 European broadcasters for a two-day retreat.

‘Content Without Borders’ will give these producers the opportunity to pitch projects, seek co-finance and network with some of the most influential broadcasters across Europe.

In preparing a report specifically for this event, K7 media has been diving into the minds of European programme commissioners in order to find out exactly what they are looking for. We asked them what they thought of the UK production community along with their thoughts on the most common ‘do’s and don’ts’ when pitching.

Commit to a long-term relationship rather than short-term gains

While we found there were perhaps more specific territory-related nuances than you might expect, among some of the most commonly mentioned factors influencing the results of a pitch were the issues of ‘attitude’. Almost all commissioners we interviewed in 14 different countries, expected the creators to ‘burn about their idea’ in order to convey their passion and drive.

Unsurprisingly, they also expected them to do their homework properly and study the prospective market, so as to avoid any cultural faux-pas or worse still, pitch an idea which already exists in that country.

The commissioners also expect the producers to prepare (or at least leave the impression that they have prepared) something specifically for them – they want to feel special, instead of being pitched the whole catalogue. They also expect the pitchers to be ready to commit and invest in a long-term relationship rather than seeking short-term gains. Don’t over-promise or be pushy, let the decision-makers do their job!

Most importantly though, producers are advised to keep in mind that it’s all about the idea. There is no need to worry about explaining every single detail of the show in the first five minutes of the pitch – if the commissioner likes it and sees how strongly the producer believes in it, they will work together to help shape the project into a hit!

Best of luck with your next pitch, and don’t forget that K7 Media is always here for you when you need more support or advice.

If you would like to receive a free copy of our new report ‘The UK Producer’s Guide to Pitching in Europe’, please sign up here.