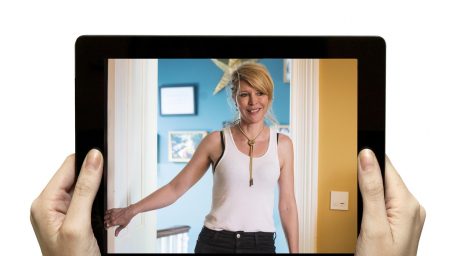 It may be a golden age for television, but getting to grips with what people are watching across myriad platforms and devices is more difficult than ever. That’s why broadcasters are increasingly looking to their own programme rating approaches to address changing viewing habits.

Ratings companies are addressing these head-on, updating their panels to measure PC, tablet and smartphone viewing, while incorporating larger census-based data. In September, Barb moved to the latest stage of Project Dovetail in a bid to do just that.

However, the problem remains that some of the biggest players simply do not want to be measured, creating an environment where across-the-board ratings are more open to interpretation and less transparent.

Netflix and Amazon are notoriously secretive – without advertisers to satisfy, they can afford to be. For them, it’s simply about keeping viewers engaged with shows, subscribed and, in Amazon’s case, spending money on its services more broadly.

This we already know, but it poses problems for ratings companies and producers developing shows for those services.

As viewing habits continue to change, an emerging trend is for broadcasters and pay-TV operators to take ownership of their viewing data in the same way that the online giants have done. They are augmenting third-party ratings with in-house measurements to produce metrics that come with their own seal of approval.

Sky, now owned by Comcast, is at the forefront of this movement. Last year, director of programmes Zai Bennett claimed that “the way the industry reports on TV viewing ultimately means that we’re under-selling ourselves”, as he announced a bespoke metrics system.

His solution is to focus on a combination of consolidated Barb audience figures and internal data that the ratings firm was previously unable to capture.

The upshot is that Sky now works more closely with the UK ratings body, while using an in-house ‘insight and decision science’ team to track and consolidate viewing figures on Now TV and Sky Go.

The holy grail that the TV industry is clamouring for is a universal video measurement system that cuts across all devices, platforms and services

The cross-device approach was developed in partnership with ad company Publicis Media and looks at the number of videos viewed; viewing in hours; total sum of users; and likes, shares and comments across Discovery’s digital and social properties.

Working closely with Barb, Kantar and TechEdge, Discovery put the metrics to the test during the PyeongChang Winter Olympics and now wants to roll them out more widely.

Channel 4 is also looking to introduce what chief executive Alex Mahon described earlier this year as a “new way of assessing viewing across all platforms”.

Speaking to the production industry back in May, she said that the old metric of linear share of viewing had “declined in relevance, especially among younger audiences” – and this is essentially the line C4 took with The Circle.

The holy grail that all ratings companies and the wider TV industry are clamouring for is a universal video measurement system that cuts across all devices, platforms and services. Yet in today’s climate, the chances of this ever being realised look increasingly remote.

As the linear TV schedule continues to wane, the best approach for broadcasters and operators seems to be a combination of third-party ratings with in-house data, which they can make as private or as public as they deem fit.

Andy McDonald is a freelance journalist and the author of K7 Media’s report The Metrics Minefield. This article, which is adapted from the report, first appeared in Broadcast.

To receive a free copy of the report contact Phil Birchenall.