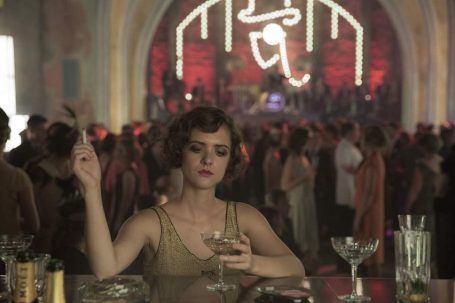 What is the purpose of drama? Some would say it exists merely to entertain, but it’s rare to find a dramatic story that doesn’t have something to say about the time and the culture in which it was made. That’s especially true in periods of great political and social upheaval, such as the one we are living through now.

That’s why the nominations for the Rose D’Or in Berlin prompted the head of the drama jury, Yle’s Liselott Forsman, to comment on the fact that almost all the shows vying for the prize were either set in the past or the near future, suggesting that such programming offers us “distance” in a troubling present.

In the Limited Series & TV Movie category, BBC drama A Very English Scandal starred Hugh Grant as 1970s liberal politician Jeremy Thorpe, accused of trying to have his gay lover killed; dark anthology Black Mirror offers glimpses of a future where technology reveals our worst nature; while Beta Films’ Maria Theresa tells the story of the young female Habsburg monarch. It is only Murdered For Being Different, a true crime drama based on the killing of goth teen Sophie Lancaster, that is set in the present day.

Of course, it’s important to note that awards such as the Rose D’Or are curated by the industry, and so value artistic ambition as much as ratings success. With that in mind, it’s hard to deny that all of these titles offer some reflection on the world we live in today. Notably, The Crown and A Very English Scandal, the two winners, both remind us of a time when institutions felt unshakeable and when politicians could be brought low by scandal. With society feeling increasingly fragmented, and major politicians digging in their heels in the face of obvious lies and corruption to no great cost, such reminders are both a soothing balm and and a gauge by which to measure how much things have changed.

In terms of our future, drama rarely finds much to look forward to, but both The Handmaid’s Tale and Black Mirror zero in very precisely on our deepest cultural dread in an age of #MeToo and social media manipulation.

What must be remembered, of course, is that these are not unbiased depictions of what came before and what may come next. They are projections, forward and back, from artists rooted in the present. As such, they will always ultimately say more about the now than they do about the events they depict. We are learning not so much from history and the future, but from our dramatised responses to those ideas. That is, and always has been, a vital function of fiction and regardless of ratings or international sales success, it is important that the industry acknowledges, rewards and encourages that impulse.

Dan Whitehead is a drama consultant.