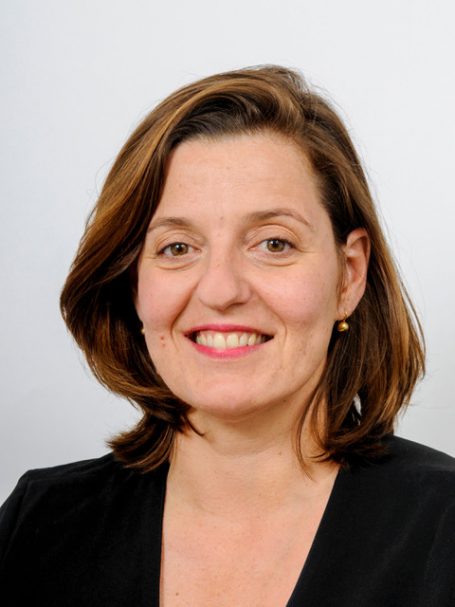 The SVOD market in Europe is growing, and looks set to continue to do so for at least the next five years. In the face of Netflix’s rapid market penetration since 2015, European media companies are determined to compete with the internet giant and recapture local audiences by launching their own SVOD offering and maintaining control of European original series, financed by local broadcasters. In the midst of increased demand for premium shows, with language barriers less prevalent than ever, the ‘Old Continent’ is finally ready to strike back, as it bets on increased local audience loyalty.

In May 2018, in the face of the GAFAM (Google, Apple, Facebook, Amazon, Microsoft) companies’ practices surrounding the use of individuals’ data online, the Europe Union created and launched the GDPR enforcement. This aims to protect European users’ data becoming the “new oil” of the global economy. Not only that, but it also aims to rebuild local European audiences, after they left to consume another continent’s local shows. European media companies are gearing up for an all-encompassing SVOD regional ecosystem in which Alexander Dumas‘ motto “All for one and one for all” has never been more accurate.

But clustering for rivalry is not an easy path. In France, for example, the SVOD market has recently experienced something of an emotional roller coaster. In May 2017 pubcaster France Televisions announced its own SVOD platform, only for the whole enterprise to be put on hold in March 2018. It was then revived in June 2018 with the formation of Salto, the joining of forces of France Televisions with the top two commercial networks, TF1 and M6. With a €50m budget, including €15m to be spent on originals, compared to the $8b investment of Netflix, Salto will aim for a radically different model; to build on major successes, that is to say local shows and TV series which beat foreign series to make their way into the top 100 ratings charts.

Salto arrives in the context of a tough SVOD market. Around the same time two of Canal + Group’s SVOD services, Canal Play (launched in 2011) and short form-dedicated Studio+ (launched 2016) have announced their closure after desperately lacking subscribers. MyCanal, Canal Plus’s pay-TV subscription offering is also struggling, whilst Altice Studios (part of SFR Group) has given up on its plans for originals, preferring to keep its commercial agreement with Orange Group via its pay-TV OCS (Orange Cinema Series) package. However, despite the difficult climate, attempting to win back regional customers with high-end exclusive shows is still largely the response of the European media.

Before the Salto announcement, France Televisions announced the Alliance: a partnership between France Televisions (France), ZDF (Germany) and Rai (Italy). The three public broadcasters are sharing ambitions of large-scale €2m/episode series, to coproduce five European TV dramas. This is not the first alliance of its type in Europe; Nordic 12 is the union of DR (Denmark), SVT (Sweden), NRK (Norway) and YLE (Finland). Announced in May 2018, the union will see the coproduction of 12 original series which will be freely available for one year on each of the five broadcasters’ platforms, in an attempt to fight back against Netflix’s 58% market share in the Nordic countries. The Spanish market is also striking back, with the June 2018 launch of an OTT dedicated to Spanish-language telenovelas (a partnership between Atresmedia and Mexico’s Televisa), as well as the recent announcement of LovesTV, an OTT platform formed collaboratively by RTVE, Atresmedia and Mediaset España. Meanwhile, Britbox partners BBC and ITV are reportedly in discussions with Channel 4 about the construction of a UK SVOD service. Even Germany, where the SVOD market has the greatest potential for growth in all of Europe (€1 billion, twice that of France in 2017) may be reconsidering its local on-demand offerings.

This splintering of the SVOD market can lead to a daunting decision on the side of the customer when it comes to evaluating which subscriptions to opt for. Options already seem endless, with free platforms such as YouTube, social media and streaming TV co-existing with pay-TV services. Even current success stories, such as France’s OTT distribution platform Molotov, which claims to have 6 million users (ahead of Netflix’s 3.5 million French subscribers [as of mid-2018] and France’s leading pay-TV provider Canal+’s 5.85 million [February 2018]) could have their futures threatened with the arrival of these new European players such as Salto.

Despite the fact that the likes of Apple, Disney, You Tube Premium, Facebook Watch and Amazon Channels are primed to extend their reach into Europe and compete with Netflix, the retaliation of the European SVOD landscape is not to be downplayed in its fight back against the giants. However, to remain afloat in such a competitive environment, the newly formed services must not underestimate the importance of the ratio between the affordability of the services for European consumers, with their own limits on spending. It is safe to say the battle is in its early days, but that European SVOD market is certainly arming itself for the fight.