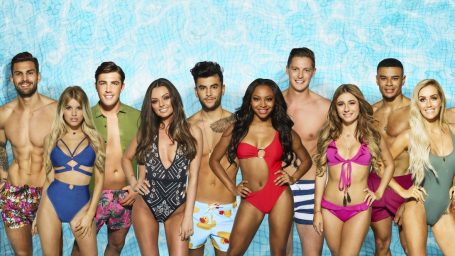 Love Island is this summer’s smash-hit; the fourth series of the BAFTA-winning eight-week dating show tied with the FIFA World Cup as the must-see event in the UK.

Throwing the rulebook of TV viewing in 2018 on its head, fans must religiously sit down at 9pm for six evenings a week, or risk being out of touch with the national conversation. As ratings go from strength-to-strength, it’s not just the contestants themselves who can cash in through sponsored social media posts and flogging teeth whitening products: there is a timely opportunity for brands here too.

As well as seeing a surge in its own advertising revenue, ITV has created a halo effect for wider commercial partners. The strategic platform they have built for brands this year offers new avenues of engagement for them to reach the coveted audience of 16-34 year olds, while driving them back to the main show itself.

In 2017, Love Island worked with just three brands; headline sponsor Superdrug, Primark and Ministry of Sound. This year, there are ten.

Some of these newer partners have found particularly ingenious ways of piggy-backing on the reality juggernaut and engaging with viewers. Fashion retailer Missguided, for instance, provides the clothes worn by the contestants. Yet this is not mere product placement; open the Love Island app and fans can choose to instantly purchase the outfits they see on their screen. Kelloggs sponsors the morning-after podcast with the inspired tagline, ‘cereal dater’. Designed to be listened to each morning while you eat your bowl of cornflakes, the podcast topped the iTunes chart and surpassed 1 million downloads.

Yet, why does this work so well? It comes down to the high level of engagement that Love Island actively demands from its fans. Unlike other similar shows, its reach is not limited to the 60 minutes it spends on air each evening. Millions use the official app to vote for their favourite couples, take part in polls and view exclusive footage, while even more flock to social platforms to trade thoughts or favourite memes. The hunger of the show’s audience is such that they not only want to find who’s going to ‘mug off’ whom, and what vibrant shade of pink Dr Alex will be that day, but also what phones the contestants are using for their selfies, or where they can buy the same outfit. Here, ITV is offering them the answer on a plate, as brands align themselves with a key demographic that, as we are repeatedly told, no longer watches scheduled television.

Brands align themselves with a key demographic that, as we are repeatedly told, no longer watches scheduled television.

It’s not just official partners that are grabbing a piece of the reality pie either. Each evening, Twitter explodes with a flood of related impressions, as fans rush to give their analysis on the latest steamy drama. Brands with an affinity to the hashtag #LoveIsland – namely fashion, beauty and travel – can get involved by providing their own live social commentary. This gives them a real-time way of conversing with their audience long after the office has closed – and without a hefty sponsorship fee.

Those that are quickest to react can extend their reach even further, as we saw with fashion line In the Style. After a re-coupling which saw Josh ditch the ever-loyal Georgia in favour of new girl Kaz, the brand rallied in the former’s support, offering her ‘every discount’ going with the code #WEHATEJOSH10. The tongue-in-cheek tweet racked up over 12,000 likes and was made a valid promo code the next day, giving shoppers a sizeable 25% off. It’s a narrow window of opportunity, yet by playing on live events, brands can not only project themselves as relevant to their customers, but can also demonstrate the more human side of their identity – with minimal cost.

There is a danger here of course. ITV is reviewing its decision to advertise plastic surgery and diet pills to viewers, after drawing criticism for apparently preying on young people’s insecurities for commercial gain. The popularity of Love Island with younger viewers means that the broadcaster has a greater responsibility to ensure its affiliated brands send the right message.

There will always be those that dismiss Love Island as ‘just another’ braincell-battering reality show. Yet, as the show draws to a close, its example as a lead in fan engagement and commercial opportunity is unparalleled.