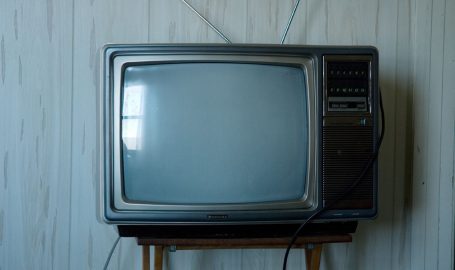 “What is television?” The answer to this question used to be so obvious that it was never asked. Over the last five years, however, it has become more relevant and less hypothetical as the traditional broadcast models have splintered, streaming has exploded and social media and mobile have transformed the way we consume and discuss media. As we head towards the third decade of the 21st century, “what is television?” is something that requires an answer.

We could get pedantic and argue that, linguistically at least, the word “television” still works just fine. Broken down, it simply means to watch something from far away and that’s certainly the case, regardless of whether you’re watching the latest prestige documentary series on a major network, or watching a bite-sized factual video that’s been slipped into your social media app by an algorithm.

Television has cultural roots, however, and we ignore those at our peril. The TV is part of the home, a focal point. “Watching the telly” is a concept woven into our lives – or at least, it was. This is very much a generational shift, with the fabled and much-studied Gen Z being the first to not view the large screen in the living room as the default hub of all domestic entertainment.

It’s also a technological divide as the number of screens capable of showing “TV” grows exponentially. In less than a decade we’ve gone from a world where television only meant broadcast, to a world where you can watch a professional cookery show via a social media app, as with Discovery’s Chopped U on Snapchat, catch up on shows on your Amazon Echo Dot alarm clock, and when TV drama is consumed in 13 hour binge sessions while a blockbuster movie such as Avengers: Infinity War acts as de facto “season finale” to a series of billion dollar two-hour episodes.

Can we still call any of this “television”? And if not, what else? The industry seems to have settled on “content” as the catch-all term for whatever is produced to fill these new platforms, but while that term is fine for business purposes it has the cold ring of the boardroom about it, and rather undersells the human aspect that is so essential. Whether it’s an agenda-setting documentary or a heart-rending drama, nobody in the real world says “Hey, shall we stay in tonight and watch some content?”

When viewed from an audience perspective, the flux becomes easier to understand – if not to navigate. You have material and platforms that require intense engagement, such as the cinema or even VR. You have material and platforms that require less attention, whether it be short-form digital content or streaming shows that can be paused and restarted at will. Some favour a social setting, others work better when consumed alone. Some are driven by interaction and sharing, pushed to viewers based on increasingly complex behavioural patterns, others will wait to be discovered organically. As an audience member, you simply gravitate to the one that suits your situation and mood; catching up on a YouTube series on your phone during the morning commute, committing to a few hours of Westworld with your partner in the evening.

“A rose by any other name would smell as sweet” – that’s what Juliet tells Romeo, reassuring him that her attraction to him transcends what he is called. Audiences seem to have naturally reached that relationship with “television” but the industry itself is still struggling, largely because it’s frustratingly hard to work out where you are if nothing can be pinned down. How to gauge success, and therefore commercial value, if Likes can be bought, views can be faked, and in some cases audience figures aren’t even available at all?

It is also ironic that this fractured landscape not only coincides with the collapse of global barriers, but is in fact driven by it. Foreign language material was always considered a niche market, but when niche interests are the engines of success it becomes financially viable to invest in such content. Netflix users in Italy can watch Korean shows, automatically subtitled in their own language, while what would once have been small local shows can now debut worldwide at the press of a button.

The danger, of course, is that a company as successful as Netflix gets to define the cultural experience on its own terms. Anecdotally we’ve heard of young children who simply refer to everything on the TV as “Netflix”, just as all vacuum cleaners were once Hoovers, all digitally altered images are Photoshopped and to play any video game meant “playing Nintendo”.

The act of watching has changed forever, and the language we use to describe it must change too. Audiences will eventually come up with terminology that sticks all by themselves, but as an industry we need something better than simply “content” if we’re to guide the process.