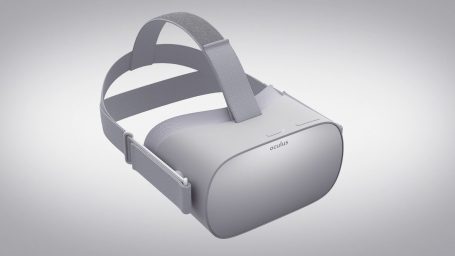 Seasoned tech industry watchers will no doubt be tired of pondering when virtual reality will finally crack the mainstream. The technology has been in place for several years now, and keeps improving, but that broad consumer appeal remains elusive. The just-released Oculus Go headset could – and should – be the first product to change that.

For all the many VR options already on the market, none have been sufficiently self-contained and easy to grasp. At the simplest end of the scale, Google’s Cardboard viewers offer rudimentary 3D immersion but needs the user’s smartphone as a screen. At the top end, kit such as the Vive Pro and Oculus’ own Rift headset demand a serious gaming PC and external motion sensors to perform at their best. In the middle tier, PlayStation VR offers plug-and-play accessibility – provided you have a PlayStation 4 console to start with.

Oculus Go doesn’t need anything else. Everything needed is in the box, which eliminates one of the major hurdles to mainstream take-up of the tech. It’s light enough to wear for several hours (also the average time before the battery needs recharging) and there are no cables for users to get tangled in. Priced at £199 for a model with 32Gb of storage, or £249 for one with 64Gb, this is a standalone true VR product that could be given as a gift.

How much would fans pay for a VR ticket to be stage front at Coachella?

In terms of design, it could do with taking a few lessons from Apple. The headset itself is cast in bland grey plastic and lacks flair. Where it counts, however, it’s quietly impressive. It has the same processing power, and similar core software, to the Gear VR system but isn’t tethered to Samsung smartphones. Crucially, the screen is actually slightly higher resolution than the one in the current Oculus PC hardware, meaning that once you slip the headset on you’re in a crystal clear virtual world with none of the grain or pixilation that blighted early VR products.

Thanks to sharing its guts with Gear VR, there’s already a library of over 1000 apps available through Oculus Go’s in-built store and it’s interesting to note how Oculus owner Facebook is presenting them. There are games, of course, but few with big brand awareness. No, placed front and centre are the likes of Netflix, Hulu and Showtime, as well as factual brands such as Discovery, one of the earliest and most prolific investors in VR and 360 content.

Facebook’s own involvement is surprisingly subtle. You can take screenshots and video clips and share them to your social media accounts, all from inside VR, and Facebook 360 offers a single access point for immersive video content from the social media platform. Then there’s Oculus Rooms, a virtual social hub that Facebook clearly hopes will become the natural evolution from Facetime and video calls. The ability to watch video content together, in avatar form, and even play licensed board games such as Boggle, is central to Facebook’s gentle positioning of VR as a social space rather than a solitary one. With people increasingly maintaining contact with friends and family through messaging apps and other screens, is it so unthinkable that the chance to “hang out” in real time VR even when thousands of miles apart won’t become more appealing?

Oculus Go could finally launch VR as a viable platform…

Of particular interest in this respect is Oculus Events, which collates and curates VR-specific events that users can jump into. Altspace VR is one of the prime movers in this emerging field, and the app’s calendar features multiple daily events ranging from poker tournaments and karaoke, to memorable one-offs such as witnessing a live SpaceX rocket launch as if you were actually there. Consider Facebook’s somewhat cautious interest in livestreaming concerts and sporting fixtures in the past, and the potential in this area becomes clear. How much would fans pay for a VR ticket to be stage front at Coachella, or on the touchline for the World Cup?

Will audiences ever choose VR as their main viewing platform? Probably not. But just as people quickly got accustomed to watching content on phones and tablets, the ease of use inherent in Oculus Go means that watching a TV show in VR while in bed, or on a flight or train, becomes more feasible.

With its self-contained nature, and its direct appeal to VR newcomers, the Go headset sees Facebook’s investment in Oculus start to make sense. Oculus Go positions virtual reality not just as a curious faddish novelty, but as a persistent normalised framework for doing everything from watching TV, keeping in touch with friends and even “going out” to live events. Real life, in other words. The hard part will be breaking through the clutter of VR options already out there, but if Facebook can convince even a fraction of its existing audience to dive in, it could be the shove needed to launch VR as a viable platform at last.

Dan Whitehead is a digital consultant.