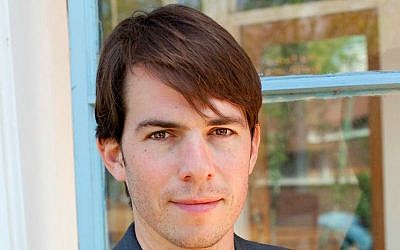 At the end of 2017, the latest in a series of international events delivered through the initiative Comedy for Change was held in New York City, bringing together a cohort of writers from across the world to explore the power comedy as a driver for social change. Founder Omri Marcus explains the rationale behind the organisation.

In our loud, media-heavy environment, where our minds are relentlessly bombarded with information, comedy has the potential to be a real game changer.

It can amplify the message; it can take a harsh, complicated reality and turn it into digestible, bite- size portions. It can bring strangers together and help diminish fear. What’s more, humour sticks. And, no less importantly, if people can laugh at their own flaws, there will be very little room left for hatred.

Comedy can also be a weapon — a weapon so effective that world leaders fear it. From the President of the United States to the Charlie Hebdo attackers, not to mention the Syrian regime, whose hit men recently smashed the arms of a famous cartoonist. The powers that be feel threatened by humour with good reason.

We founded the Comedy for Change initiative in 2014, and we quickly saw we were onto something when a group of A-list international writers jumped on board; flying over to Jerusalem for what was a ‘first-of-its-kind’ event.

The amazing energy that it generated pushed us to create a follow-up event, then another…and another one after it. Today we are a global network of storytellers committed to comedy and to social change. It is more than just a profession for us: it’s a mission.

The events take different shapes and forms, but their DNA is always the same: an international group of comedy professionals gathered in one place teaching, learning, creating and discussing myriad aspects of our work/mission.

The bottom line is that content can make the world a better place and that we – as content creators – have the responsibility and the privilege of being the agents of that change.

As part of our mission, we’re keen to share some of the learnings and approaches we’ve developed through the events. To that end, we’ve created a practical guide on how comedy is being used to promote social change around the world. To download this free report, just click here.

Omri Marcus is the founder of the Comedy for Change initiative. Previously, Marcus was a development partner at Red Arrow International and served as a senior writer on Israel’s top TV shows. He continues to advise international production companies on global TV and digital trends.