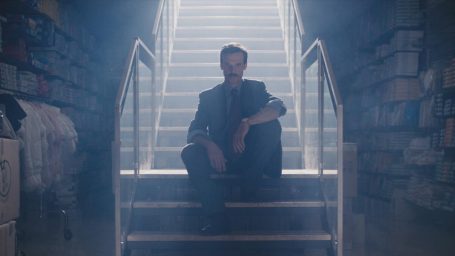 There are always arguments surrounding awards in the creative industries. The very idea of pitting different works of art against one another to determine which is “best” is anathema to many, but what such events do illustrate is intent: this is the material the industry has put forward as its ideal representation.

That’s especially true of the line-up for Canneseries, the new international drama series festival launching this April alongside the regular MIPTV market. The nominees for any major award are always scrutinised by hopeful prognosticators, and none more so than those put forward for an award making its debut.

So what do the ten shows chosen in competition for Canneseries 2018 tell us about the state of the global drama market, and the desires of producers, distributors and buyers alike?

The most immediate observation, one that cannot be ignored, is the absence of any UK shows and only one from the US. This, it seems, is to truly be an international award, arguably even more so than the famous Cannes Film Festival to which it will inevitably be compared.

Israel is the best represented, with two titles in competition: Miguel, about a young man searching for the truth about his adoption, and action thriller When Heroes Fly, in which four former soldiers reunite to find a missing woman in the Colombian jungle.

There’s a missing person at the heart of Spanish entry, Felix, as well. This thriller concerns a man who turns amateur sleuth to track down a mysterious Asian woman who disappeared after their romantic fling. Other than that, the closest the line-up comes to a typical detective thriller is German entry Die Protokollantin (Tr: The Typist), about a police secretary who stumbles across a case that may reveal the truth about her own missing daughter.

There’s notably no sign of anything resembling Nordic Noir, with the sole Scandi entry being Norwegian series Lykkeland (Int. title: State of Happiness), not a gloomy detective saga but a drama about the social changes unleashed on a small community in 1969 by an aggressive oil company.

From Mexico there is Fox Networks’ political crime thriller Aquí en la Tierra (Tr: Here on the Earth), from Italy the period true crime drama Il Cacciatore (Tr: The Hunter), about a crusading anti-Mafia prosecutor.  Belgium has Undercover, about a drug dealer battling to protect his lucrative business from a deep cover investigation. South Korea is represented by issues-based drama Mother, in which a childless teacher kidnaps a young girl she fears is being abused.

It’s only Killing Eve, a UK-produced female-led spy thriller for BBC America, that represents the traditional English-language market. Clearly, a deliberate effort has been made to encompass as many territories as possible (bad luck, Australia, maybe next year?) but that in itself is no bad thing. Streaming is making national boundaries increasingly irrelevant, and audiences worldwide are slowly being trained to accept subtitled drama in ways that were unimaginable only a few years ago. That can only be a good thing for production companies everywhere.

Look past the language barrier and an even more interesting picture emerges. This is an impressively eclectic line-up, and one that noticeably steers clear of obvious genre tropes. There are no serial killers, no hospitals, no fantasy or horror, and what detective stories are featured use unlikely “outsider” protagonists rather than badged officers. The period dramas on the list are also a far cry from the usual upper class tales.

It’s here that the true nature of award line-ups becomes clear. Audiences will still flock to the shows that they always flock to, and the Next Big Thing will almost certainly come from a direction nobody will expect. But these ten shows make a bold statement about the kind of programming the industry is aspiring to in 2018: serious prestige shows, often with a mystery hook or conceptual twist, but ultimately favouring character over plot. Consider how many of the ten revolve around parents and children, or are about people facing up to changes in the past or present. As much as we’ve tried to in this feature, these are not easy shows to sum up in a buzzworthy soundbite.

That’s encouraging. If TV drama is to capitalise on its newfound respectability, hard-earned over the last decade, then it needs to show willingness to evolve beyond predictable formats and start telling stories that we haven’t seen on television before. This line-up suggests such a future is eminently possible.