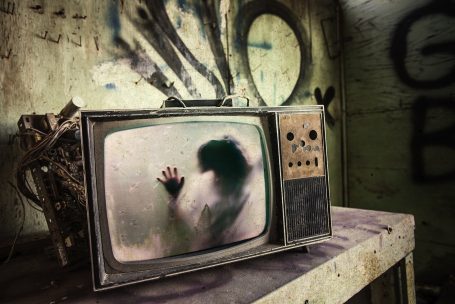 As far back as 2014, K7 Media has been documenting the remarkable resurgence in horror-themed programming. It has always been the case that dark times in the outside world coincide with increased interest in the morbid and frightening, as audiences seek either the comfort of allegorical menaces overcome, or simply nihilistic release in a fictional apocalypse.

That’s why we chose horror as the theme for this month’s Special Edition Quicklist, our long-lead inspirational playlist full of formats and shows suited a particular theme. This time we look ahead to horrific Halloween programming, but the truth is that ghouls and gore rate well all year round. Part of this is due to the SVOD wave, washing away the last vestiges of broadcast prudery, even as cable audiences continue to flock to the gut-munching Walking Dead, now headed to its ninth splattery season.

It also helps that the horror genre is full of dormant IP, ripe for the reboot-hungry entertainment landscape of 2018. Multiple Stephen King projects are in development, numerous gruesome graphic novels have been acquired for adaptation, and cult movies like Tremors, Critters and Child’s Play are eyeing TV relaunches. Blood and guts, it seems are still good for business!

The Special Edition Quicklists are available as part of a subscription, for more details, contact Phil Birchenall.