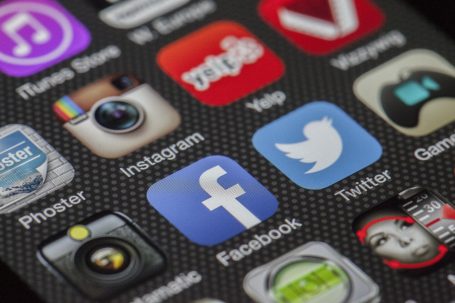 Anyone who has been around the internet long enough knows that the tide can change in the blink of an eye. Nobody asks Jeeves any more, Friends are no longer Reunited and Rupert Murdoch is still sore over his decision to buy MySpace the year before Facebook went global.

It would be a mistake to consider that today’s tech titans are unassailable, though they have wisely diversified into other fields – from virtual reality to self-driving vehicles – in order to spread their lucrative eggs across as many baskets as possible. The simple truth, however, is that today’s consumers are utterly platform agnostic, or to put it more bluntly: they’re fickle.

Facebook may have been launched as a social tool for Harvard students, but that was over a decade ago – an aeon in digital terms – and is no longer the platform of choice for young people. A recent report suggested that Facebook will shed two million users under the age of 24 by the end of this year, and that’s not counting the ones who will never sign up at all. After all, if Facebook is where your parents post flashback baby photos, why would any young person want to be on there?

Kylie Jenner’s negative tweet wiped $1.3bn from its market value in roughly the same time it takes Snapchat to delete a photo.

Some of those users will migrate to Instagram, also owned by Facebook, and that photo-and-video sharing service is expected to gain 1.6m users in the coveted Gen Z bracket. Many of those will also be joining from rival Snapchat, which has redesigned its front end in a way that is proving unpopular. A reported 80% of social media comments regarding Snapchat’s new look are negative, with many saying they’ll switch to Instagram’s disposable Stories format instead to document their lives. Kylie Jenner’s negative tweet late in February 2018 further cemented the platform’s woes; seeing $1.3bn wiped from its market value in roughly the same time it takes Snapchat to delete a photo.

This is the fragile and turbulent veneer on which social media giants have erected their castles, where one wrong shift in the user interface could be the start of the exodus that leaves the platform consigned to a footnote in browser history.

Consider too the trials and tribulations of Google’s YouTube, rocked by scandals over inappropriate content and unacceptable behaviour from its homegrown stars, such as Logan Paul and his widely condemned video of a suicide victim in Japan.

Having seen the rapid rise of Netflix, many of these platforms are now looking to original video content – produced and supplied by experienced media companies – as a lure to keep people engaged. It’s true that a buzzworthy show that breaks through the cultural clutter can still draw eyeballs, but only if the content in question suits the platform. The projects that thrive in this new landscape of user churn and disruption won’t just be the ones that are the “best” shows, but the ones that engage with viewers and drive the community connections that social media relies on. Anyone developing for this emerging market would do well to bear that in mind.