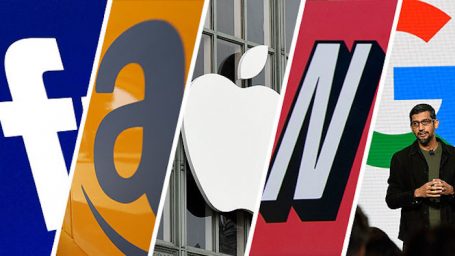 Much has been written in 2017 about how ‘traditional’ broadcasters are planning their fightback against the newly-termed FAANGS (Facebook, Apple, Amazon, Netflix, Google and Snapchat). One TV executive was quoted as saying ‘Live! It’s the only thing they can’t do!’ and as a result we’ve seen a renewed interest in real-time programming, even in the US, where time-zone issues have traditionally made live shows more problematic. Alongside the live musicals that have run on every major network in the last couple of years, A&E’s factual foray into live – Live PD – has made a surprising hit out of real-time police access across a series of six US cities, and has been recommissioned to run throughout 2018.

But is it dangerous to assume that live is something the FAANGS can’t do? In last year’s Trends for 2017 we highlighted the efforts brands were making to create live event programming – with Facebook particularly keen to ramp up the kind of interest BuzzFeed’s exploding watermelon had garnered online.

Is it dangerous to assume that live is something the FAANGS can’t do?

The question is perhaps more around what types of ‘live’ experience the traditional broadcasters can still lay claim to as being bigger and better with them. If it’s about being a massive real-time stunt, surely the Felix Baumgartner space-jump taught us that those can be as huge online for platforms like YouTube as well as in a TV schedule. If it’s about a lavish, complex production like the musicals or even Live PD, then – while it’s not currently the SVOD model – surely it’s not beyond the deep pockets and big ambitions of the richest of them to crack the combination of high quality production values and some kind of global event scheduling.

At the moment the biggest reality shows on TV in the UK – I’m A Celebrity, Love Island, Got Talent – are still those best placed to create the kind of daily, national conversation and participation that live is also known for. And for now that’s perhaps still where they have the edge. But for how long? It’s a challenge the FAANGs will be putting their finest minds to in 2018.