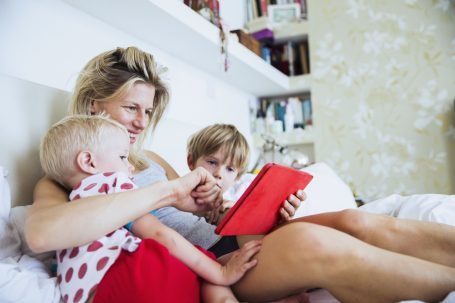 The issue of online safety for children has been a major subject in recent months, and featured across talks and panels at the recent Children’s Global Media Summit in Manchester, UK. With the likes of YouTube criticised for a laissez-faire approach to monitoring content aimed at kids, the focus is now firmly on providing material which is both safe and positive.

As young viewers are often ignorant of or disinterested by who is behind the content they view, the lines between creator- or vlogger-generated content and that made by brands or broadcasters has become blurry. In 2018 we’re likely to see a ‘firming up’ of official content, so youngsters (and parents) know who, and what, is trustworthy.

The lines between creator- or vlogger-generated content and that made by brands or broadcasters has become blurry.

With content makers continuing to chase audiences, expect to see more IP across more platforms; the likes of Nickelodeon, Cartoon Network and Disney are all using YouTube to host shorts of their content to entice viewers across to their channels, apps or VOD platforms. Local entities are getting in on the act too, like Australian pubcaster ABC with its dedicated YouTube channel for preschool animation Giggle and Hoot.

There’s a whole slew of new content coming in 2018 which utilises existing IP; fresh from its launch of Stretch Armstrong & the Flex Fighters, Netflix continues to tap toyco Hasbro’s library with Trolls: The Beat Goes On!, Studiocanal is working on a CG animated series based on Peruvian bear Paddington and Cartoon Network is to play host to DC Super Hero Girls. Disney, as if it’s not too busy creating Star Wars, Marvel and Monsters Inc content for its upcoming digital streaming service, is to revive reality summer camp show Bug Juice.

Looking at themes, STEM/STEAM programming has remained at the fore over the course of 2017, and that’s unlikely to change in the forthcoming year as it continues to provide the opportunity for diverse educational experiences. Hulu’s first original kids show Doozers, with a focus on building, design and the environment, is being reprised for a second series in the new year, while Australia’s Beyond Productions will co-produce live-action Wow! That’s Amazing for German broadcaster Super RTL.

The children’s content world has adapted remarkably well to the platform-agnostic nature of today’s young viewers. 2018 is likely to see a continuation of that, but with broadcasters and platforms making a newly-concerted effort to ensure that the content they create and host fits their values and the target audience.