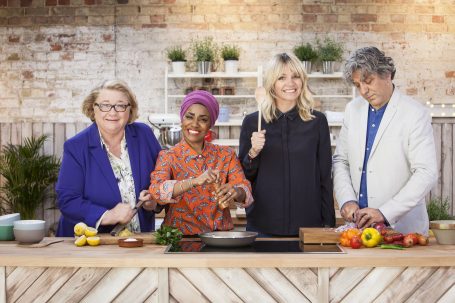 Ahead of November’s FORMAT 24-17 conference in London, Dan Whitehead reflects on Netflix’s recent acquisition of the global format rights to Voltage’s Big Family Cooking Showdown, and what this might mean for the traditional distribution model.

Trying to predict the business plan of Netflix can be like trying to nail custard to a wall. This is a company that has, over the last five years, shown an unusual willingness to take whatever approach works best in its quest to expand its reach worldwide and accrue as much desirable content as possible. Acquisition, co-production, season orders – it takes every hurdle, every new show, on its own terms and follows the most efficient path to resolution.

If Netflix decides that a certain kind of sitcom will help it gain subscribers, it will buy one. Or if it feels a particular strain of factual TV documentary will help it retain a specific demographic, it will commission one. And, if it feels that having a gently competitive cookery show will give it an advantage in key territories, well, it’ll just acquire the format rights.

That’s what has happened with Big Family Cooking Showdown, the Voltage-produced show ordered by the UK’s BBC to fill the hole left when Channel 4 took The Great British Bake Off. Netflix can now produce local versions of that series for whatever countries it feels are worthwhile, or it can create a hybrid show that can be launched across borders. That was the approach taken when it developed Ultimate Beastmaster, its athletic contest in the Ninja Warrior mould. Core footage of international contestants, and star host Sylvester Stallone, was augmented with local commentary for different regions.

This is notable as Netflix has previously steered clear of format rights, but as its investment in entertainment programming accelerates it is an area where it is going to be much more active. And where Netflix leads, expect rivals like Amazon to follow.

What does this mean for the traditional format rights sales, which have ticked along on the notion of broadcast borders segmenting the market? For distributors it could mean a windfall, as library titles can be picked up, refreshed and launched globally by SVOD investment. It could also be enormously disruptive – as most of Netflix’s major advances have been in the past.

For keen industry watchers such as Mark Robson of programme development consultancy Grand Scheme Media, much will depend on the purpose behind Netflix’s decisions. “Buying up formats is one thing but are those formats original enough in themselves to warrant subscriber’s attention,” he asks, “or will they end up just filling out the catalogue?”

The business model where formats are concerned relies on the ability to sell the same format in different ways to different countries. In the digital borderless world where Netflix operates, there is no need for such piecemeal dealmaking. The format deals in this new landscape will be one-size-fits-all, a one-off global sale that takes the format in question out of circulation entirely for several years – or even permanently.

It’s this area that will be the real test of Netflix’s development skill as it begins developing more formats of its own, according to Robson, who is organising the Format 24-17 conference in London to address these very issues, and more. “For all its power and influence, does Netflix really know enough about the nuances of regional audiences to develop original formats in a way that appeals to different countries in Europe, let alone the rest of the world? There is a possibility that in losing that local development angle, the result becomes a worldwide format with no defining features in the first place.”

In the digital borderless world where Netflix operates, there is no need for piecemeal dealmaking.

Whatever the future holds, the arrival of the globally minded SVODs into the format business is going to require a major rethink for how distributors – and production companies – manage their cashflow, and will demand a major adjustment in terms of how deals are structured. Make no mistake: Netflix will not be constrained by the quaint territorial notions that have shaped TV content sales up until now, and with more and more broadcasters launching their own streaming services to compete, it won’t be long before the idea of selling a format country by country is as outdated as the selling of actual physical tapes.

FORMAT 24-17 takes place at the Royal Festival Hall in London on 30 November and will feature industry creatives across a broad spectrum of programme development. Attendees will get access to workshops, presentations and will also have the opportunity to meet key UK commissioners. Click here to book a place.