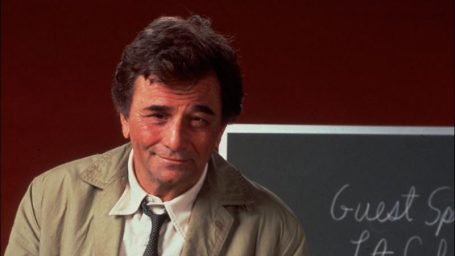 It’s a mystery that could tax even the best TV detective: where have all the episodic TV dramas gone? It wasn’t so long ago that this style of programming, with a self-contained story every week and characters that evolved slowly – if at all – over the course of a season, was the meat and potatoes of most western TV channels.

Whether it was dogged sleuths cracking a new case every week, a doctor helping a different patient, or brilliant lawyers faced with a fresh client each episode, this was the spine of virtually every schedule. And it worked. These were shows that came back year after year, and with no linear narrative to follow they were the scheduler’s best friend. Got a sudden hour-long slot to fill? There are dozens of episodes ready to go, and it doesn’t matter which one you choose.

That’s no longer the case. There are still shows of this style around, of course. It hasn’t gone completely extinct. In the US, there’s CSI, NCIS and the interconnected Chicago procedurals of producer Dick Wolf. In the UK, there’s sun-kissed murder mystery Death in Paradise and period detective yarn Endeavour. These are generally shows that have been around for years, however, driven by syndication, overseas sales or spin-off franchise potential. What replaces them when they finally dry up?

Turns out everybody wants this kind of programming. It’s reliable, profitable and popular.

Right now, there’s very little to fill that gap, and that’s a problem. Here at K7 Media we constantly take the temperature of the global TV industry and this drought of returnable episodic shows is a common cause for concern, whether we’re talking to major networks, global distributors or regional production companies.

We’ve spoken with people from all levels of TV, from countries such as Germany, France, Spain and Israel. All said much the same thing: we don’t really have shows like that anymore. Most then followed up by asking if we knew of anyone who did have a format like that, because they’d love to see it. Turns out everybody wants this kind of programming. It’s reliable, profitable and popular. Yet very few channels are commissioning it, and few producers are pitching it. Why is that?

As with so many of the changes in today’s media landscape, it’s easy to point a finger at the SVOD revolution. The rise of Netflix and the introduction of “binge viewing” into the popular lexicon, at the same time that episodic shows began to decline, is no coincidence.

The irony, of course, is that it was the ability to watch hour upon hour of old TV that made these streaming services such a hit. Now they produce their own shows, they’re almost exclusively in the event series style – one story, told across eight, ten or thirteen hours – with a narrative structure designed to keep you on the sofa for the few seconds before the next episode autoplays.

Episodic TV doesn’t easily fit that model. Those definitive endings and blank slate openings in each episode offer a psychological excuse for viewers to take a break, to finally get up and wash the dishes or walk the dog.

Linear broadcasters have felt compelled to follow suit, and the sort of drama programming that was once the preserve of “prestige” platforms such as HBO is now the industry standard. Who wants to make the next LA Law when you could have the next House of Cards?

Sad to say, there’s no easy and neat resolution to this article. The industry seems stuck, for the moment, in a dichotomy between a desire to keep making the sort of high-end serial drama that gets all the attention and a deep-seated need to develop the less glamorous workhorse shows that perform solidly year on year. Only one thing is for sure: the production company that comes up with an episodic procedural that really works in 2017 is going to have the world beating a path to their door.