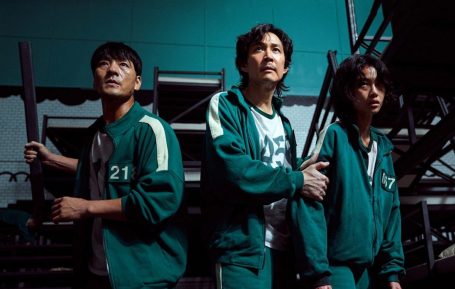 For those who haven’t heard about Netflix’s latest mega hit from South Korea…well have you been living under a rock? Netflix’s surprise success story has sparked a flurry of headlines remarking on streamers’ re-energised global hunt for the next international hit that could come from ‘literally anywhere’.

But, in many ways it’s difficult to comprehend how no one DID predict the next mega scripted hit to come from South Korea. Or in the very least, it’s hardly unexpected. The K-wave (or ‘Hallyu’ as it’s known locally) has flooded the media universe from the music industry (the likes of BTS and Black Pink shooting to superstardom and becoming household names, of course), film (Parasite making history at the Oscars) and unscripted TV entertainment (The Masked Singer – need we say more?). That the K-wave’s next mega hit should be the TV scripted world is, on reflection, not so surprising. Korean drama has of course enjoyed for nearly a decade a sizeable, but arguably still niche, appeal all over the world.

How the K-wave first swelled has been explored on numerous occasions, but with a culture abuzz with energetic high concept and inventive ideas that, at times, seem lacking in the west, the region has become a hub of creativity to which many now have an eye trained on what they’ll come up with next.

Still, that’s not to downplay the staggering achievement of a subtitled South Korean drama reaching the heights of Squid Game‘s Netflix debut. Watched by more than 111 million viewers and generating an estimated $891 million in revenue for the streamer (which gained 4.4 million new subs) is an impressive feat. Becoming something of a cultural phenomenon almost instantaneously, marketers could sit back, relax, and let the internet do its thing. Fans took it upon themselves to give the show the meme treatment, kickstarting the bandwagon and spurring water cooler convo to eventually make anyone who hadn’t already binged the show’s nine episodes feel oh-so-left out that it shot straight to the top of their crowded watch list.

For some time now, non-English language shows have been going from strength to strength, yet Squid Game has been an apparent booster jab, if you will, to ‘foreign’ dramas’ growing popularity. The momentum has even been granted its own moniker, ‘the Squid Game effect’. From the (now ancient) nordic noir boom a la The Bridge to more recent Netflix stand-outs like Dark and Lupin – global streamers catering to global audience tastes have without a doubt been quintessential to furthering the popularity of non-English scripted. Audiences around the world are more receptive than ever to subtitled (and dubbed) drama. But with Squid Game’s ascension, could we be looking at a new era of international local content consumption? 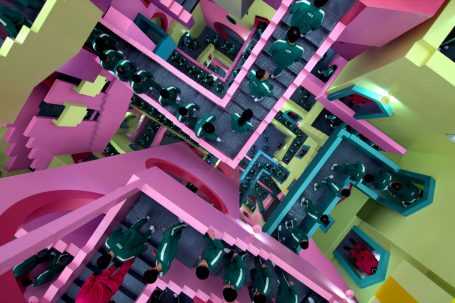 To be sure, the next big thing could come from anywhere but taking account of the K-wave’s historic road to world domination, not to mention the efforts of governmental cultural agency KOCCA to further Korean entertainment on the international stage, we wonder if there’s some nuance to be found here. The essence of Squid Game – its ultra high concept tapping into childhood nostalgia with a darkly comical reflection on society – are themes that can be emulated in any drama anywhere in the world, but are at present recognised as a Korean specialty.

Long before SG enraptured viewers worldwide, audiences in the West showed a more than enthusiastic readiness to embrace K-drama with Crash Landing on You, It’s Okay to Not Be Okay and Sweet Home all making it into the US/Canada’s top 10 last year. With Netflix already promising a spend of more than $US500 million on content produced in South Korea this year, the region’s growing presence on the international scripted scene looks set to become something of a self-fulfilling prophecy.

It might also be interesting to note that, while we bang on about co-viewing, the top stand-out dramas of the past few years including the likes of Bridgerton, Game of Thrones, Normal People, Fleabag and of course Squid Game, have been very adult in nature. Appealing to a broad family audience might just belong to the unscripted space when trying to find the next international hit.

For now, we’re sure producers and commissioners alike will be looking to see what Korea comes up with next. While there’s little likelihood of anything coming close to Squid Game‘s magic formula anytime soon, there are certainly other great dramas worth checking out. JTBC’s Inspector Koo is to be the latest Korean Netflix launch next week. Meanwhile, Korea’s romance series have been filling the TV romcom void with their unapologetic approach to the genre and, as a result, racked up plenty of interest abroad. For a whole round up of the latter, check out our latest collaboration with KOCCA in Where is the Love?: Inside Korean Drama’s Romantic Success. And who knows, one of them might just be the next big hit?